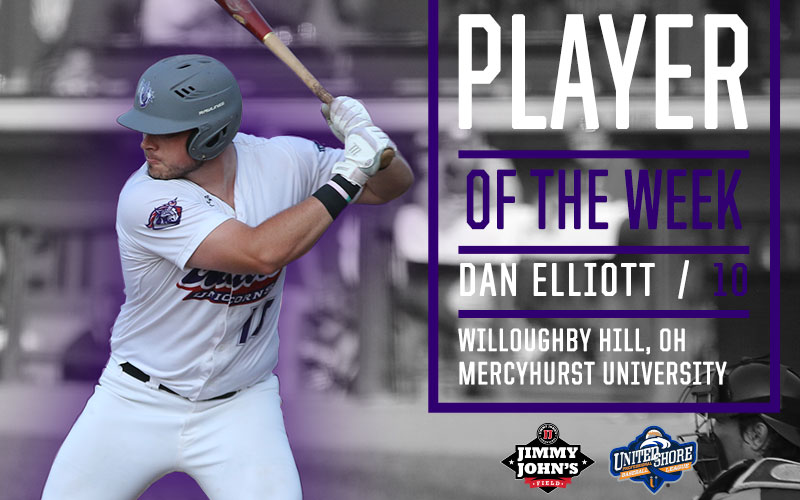 Elliott homered in 3 of 4 games played last week, including a game-winning blast on Thursday night to give the Unicorns a 2-1 victory over the Westside Woolly Mammoths. He finished the week 6-for-15, with a double and a slugging percentage of 1.067.

A native of Willoughby Hill, Ohio, Elliott has been instrumental to the Unicorns going 4-1 over their last five games and just one game back in the East Division standings. His five home runs this season is tied for fourth in the league.

The week will begin with Winning Wednesday as Italian-American Heritage Night makes its way to Jimmy John’s Field. That will be followed by Thirsty Thursday with Beatlemania Night, Fireworks Friday powered by XFINITY, First Responders Night on Saturday presented by Provision Financial, and Sunday Fun Day with Princesses and Pirates courtesy of Fairytale Entertainment.