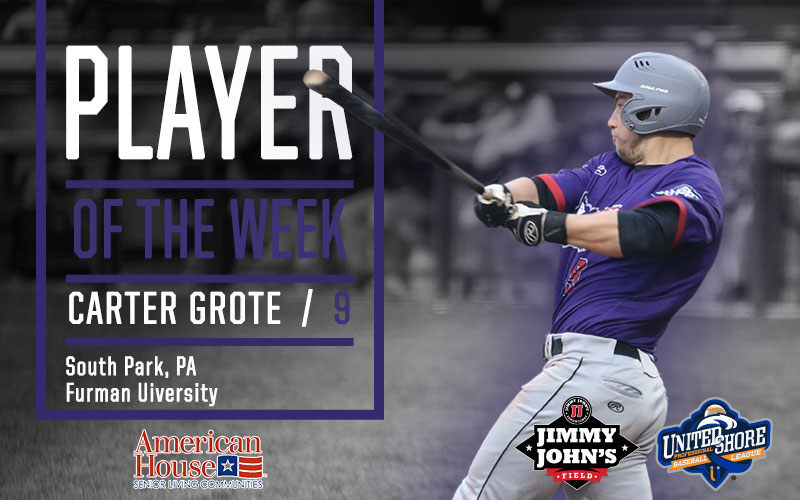 UTICA, Mich. – Utility player Carter Grote has been named the United Shore Professional Baseball League American House Player of the Week for June 4-10, announced by the league office on Monday. Grote, a native of South Park, Pa., led the Utica Unicorns to a 2-1 record last week.

Grote hit .583 for the week, going 7-for-12 with a double and a home run. He drove in five runs and posted a .917 slugging percentage. He appeared on ESPN’s SportsCenter Top 10 Plays last week with a nice diving catch.

Grote and the Unicorns will be in action this week this Thursday and Friday against the Eastside Diamond Hoppers and Westside Woolly Mammoths. The USPBL hosts its first Winning Wednesday as the Birmingham Bloomfield Beavers take on the Woolly Mammoths at 7:05 p.m. It will be Teacher Appreciation Night with free grandstand tickets to any teachers, along with Seniors Pack the Lawn where graduating high school seniors receive a free Lawn Ticket.