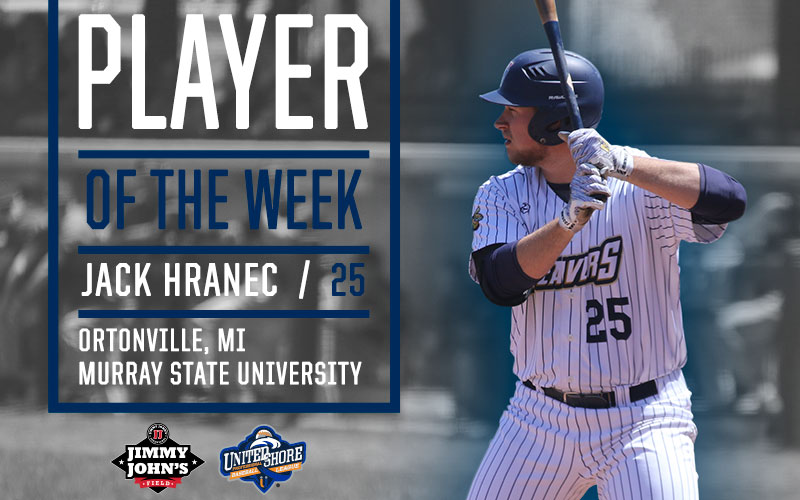 ROCHESTER, Mich. – Jack Hranec led the Birmingham Bloomfield Beavers to a 2-1 week and earned United Shore Professional Baseball League Player of the Week, announced on Monday by the league office. Hranec is a native of Ortonville, Mich., and leads the USPBL with a .337 batting average this season.

The Beavers collected two wins thanks to a surge in their offensive numbers, scoring 21 runs and tallying 23 hits over the weekend. Hranec hit .417 (5-for-12) for the week, with four doubles and drove in five runs. He posted a league-best .750 slugging percentage and .500 on-base percentage.


The league standings continue to be bunched together. All four teams have at least 12 wins and the Westside Woolly Mammoths hold a slim half-game lead for the best record at 13-12.


The USPBL will host Wednesday-Sunday games over the next two weeks. Guys Night Out includes batting practice on the field, buy one and get one ticket free in grandstand, chance at a Golf Getaway at A-Ga-Ming Resort, and Pong Tournament on Wednesday. Star Wars Night returns to Jimmy John’s Field on Thursday, Metro PCS Fireworks Spectacular on Friday, 70’s Night on Saturday with Dance Party in Chevy Pavilion and Sunday is Lego Day with LEGOLAND.