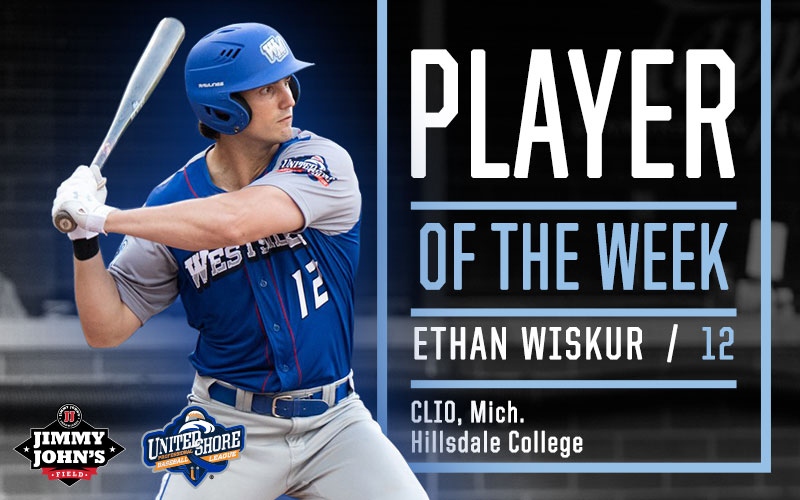 ROCHESTER, Mich. – Ethan Wiskur of the Westside Woolly Mammoths has been named United Shore Professional Baseball Player of the Week, announced by the league office on Monday. Wiskur, a native of Clio, Mich., leads the USPBL with a .455 batting average.

Wiskur connected on his first home run of the season on Saturday, to right field, and finished the game 2-for-3, with one RBI and a walk in the Woolly Mammoths first win of the year, 7-6, over the Utica Unicorns.

The outfielder tallied a .538 on-base and .455 batting percentage for the week and currently has a three-game hitting streak. Wiskur has reached base safely in his last seven USPBL games, dating back to last season.

Wiskur and the Woolly Mammoths will play at Jimmy John’s Field this Saturday and Sunday, May 26-27, against the Unicorns and Birmingham Bloomfield Beavers.