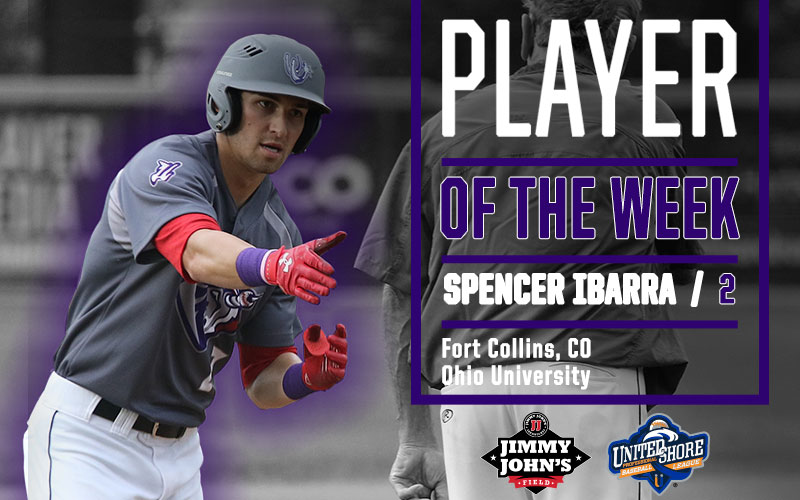 ROCHESTER, Mich. – Utica Unicorns’ Spencer Ibarra has been selected as the United Shore Professional Baseball Player of the Week for May 28-June 3, announced by the league office on Monday. Ibarra, a native of Fort Collins, Colo., is in his second season in the USPBL.


Ibarra led all offensive players, posting six hits, two home runs, two doubles and drove in five runs. He batted a league-best .429 and tallied a slugging percentage of 1.000. Ibarra finished 4-for-5 with a double and home run in a tough 10-8 loss to the Birmingham Bloomfield Beavers.


Ibarra and the Unicorns will be in action this week on Saturday and Sunday, as they face Eastside Diamond Hoppers and the Westside Woolly Mammoths.


PLAYERS OF THE WEEK