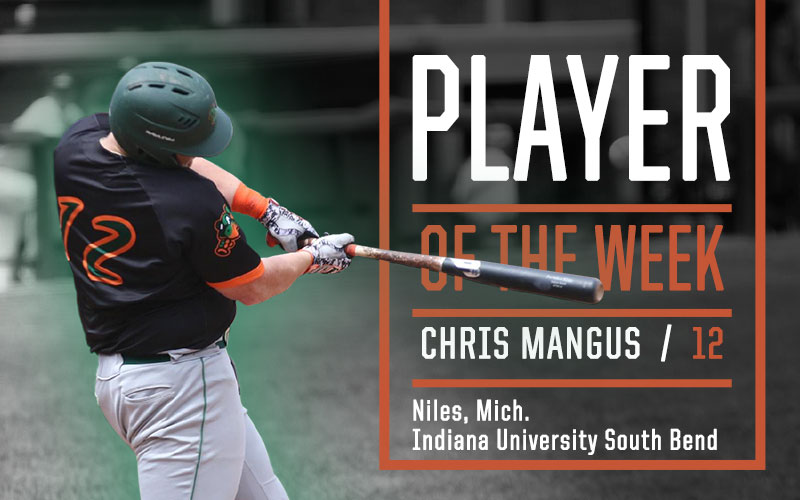 On Saturday night, Mangus entered the game in the ninth inning as a pinch hitter for the Diamond Hoppers. He connected on his first-ever USPBL home run in a 13-3 loss.

Mangus continued to impress USPBL fans with home runs in each of his first two at bats on Sunday against the defending champion Birmingham Bloomfield Beavers. He finished the day 2-for-4, with two home runs and two RBIs.

Mangus, a native of Niles, Mich., played collegiately at Indiana University South Bend (NAIA). He was named NAIA All-American after batting .413 in his senior season, smashing 20 home runs and driving in 68 runs.

Mangus and the Eastside Diamond Hoppers will be in action this Friday night as they take on the Utica Unicorns at 7:05 p.m. at Jimmy John’s Field. Fans will have an opportunity to Meet the Hoppers before the game and enjoy a Fireworks Spectacular immediately following the contest, presented by xfinity.