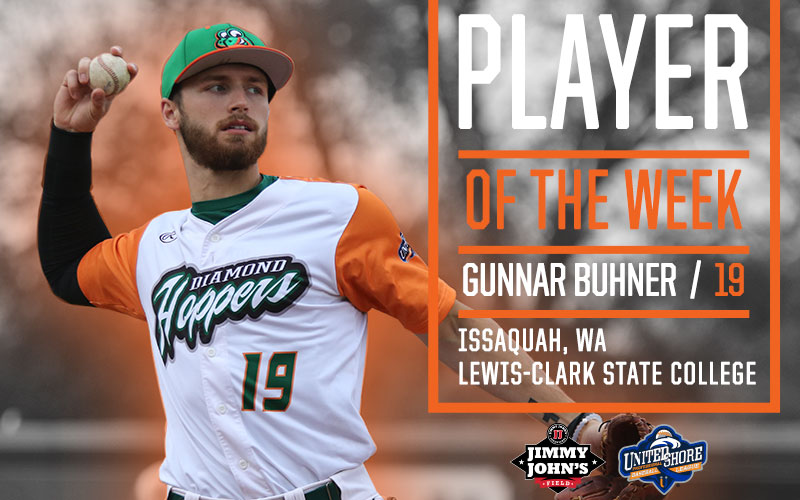 ROCHESTER, Mich. – Gunnar Buhner collects United Shore Professional Baseball League Player of the Week, announced by the league office on Monday. Buhner, an infielder for the Eastside Diamond Hoppers, batted .500 (7-for-14) for the week.

A native of Issaquah, Wash., Buhner drove in two runs and had a double en route to a .571 slugging percentage for the week. He helped the Diamond Hoppers to a 1-1 record last week.

Winning Wednesdays kicks off this week of games with a 2 for 1 offer in the grandstands and batting practice on the field after the game for Woolly Wonka Night, presented by Noodles & Company. The first 500 fans receive a chocolate bar and five lucky fans will win a Golden Ticket, which gives them a Manager’s Suite for a game in 2018. One of the five will win a 65 inch, HD TV, courtesy of ABC Warehouse.

Thirsty Thursdays will be Zombie Night at the ballpark and a Pub Crawl, Fireworks Spectacular powered by XFINITY, 99.5 WYCD Country Music Night on Saturday and Sunday Fun Day with Minion Villain Party presented by Fairytale Entertainment.