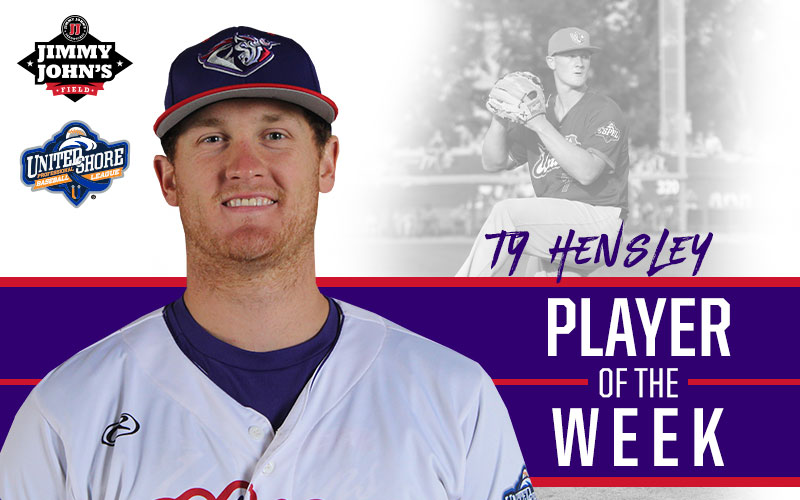 ROCHESTER, Mich. – Utica Unicorns Ty Hensley is the United Shore Professional Baseball League’s Player of the Week, announced by the league office on Monday. Hensley, a former first round draft pick of the New York Yankees, earns the distinction for the first time this season.

A native of Edmonds, Okla., Hensley kept the Birmingham Bloomfield Beavers off balance all game long last Saturday night. He pitched 7.0 innings, allowing no runs, two hits and struck out a season-best nine batters. Since arriving to the USPBL this season, Hensley has thrown seven or more innings on two occasions for the first time since high school and has doubled the amount of innings he has thrown in his entire minor league career.

The Unicorns are in first place at 26-20 heading into the final week of the regular season. The No. 1 seed for the USPBL Playoffs (Sept. 6-8) will earn a spot in the championship game on Sunday, Sept. 8.

Hensley will make his final regular season start this Saturday at Jimmy John’s Field against the Westside Woolly Mammoths at 7:05 p.m. The Unicorns will take on the the Diamond Hoppers on Thursday night at 7:05 p.m.