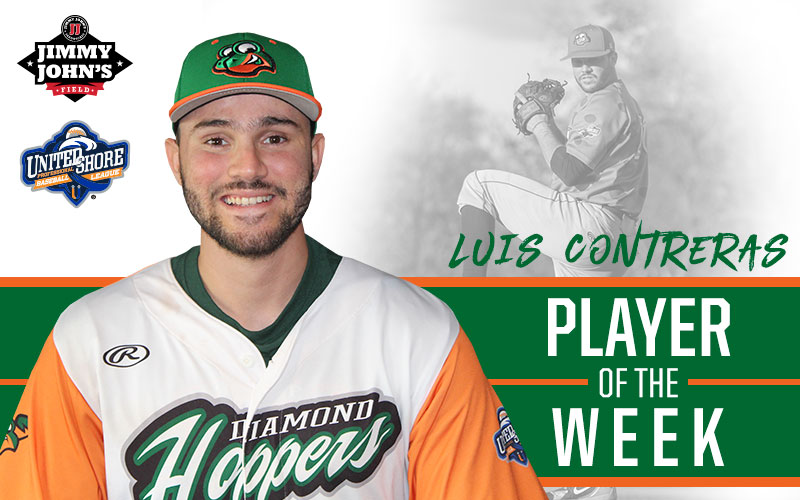 ROCHESTER, Mich. – Luis Contreras from the Eastside Diamond Hoppers was named United Shore Professional Baseball League Player of the Week, announced by the league office on Monday. Contreras, a right-handed hurler from Pembroke Pines, Fla., made his first-ever start on Friday night.

On Opening Day, Contreras made his debut in the USPBL in dominating fashion. The 6-foot pitcher tossed 5.0 strong innings, striking out 10 and walked none. He scattered five hits in the game as the Diamond Hoppers defeated the Birmingham Bloomfield Beavers, 5-4.

The Diamond Hoppers are off to a 2-0 start and will take on the Westside Woolly Mammoths on Saturday night and Beavers on Sunday afternoon. The Hoppers will wear special Lego jerseys on Sunday and fans can purchase them through an auction. Proceeds from the purchases will go to Make-A-Wish® Michigan.