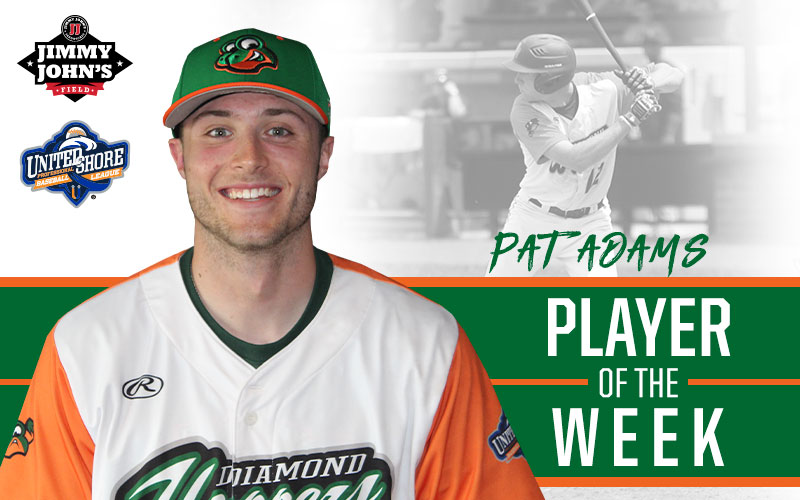 ROCHESTER, Mich. – Eastside Diamond Hoppers Pat Adams was named the United Shore Professional Baseball League Player of the Week for July 22-28, announced by the league office on Monday. Adams, a native of Warren, Mich., earns the distinction for the second time this season.

In a 7-5 win over the Utica Unicorns last Friday night, Adams went 2-for-3 with two runs scored and walked three times. He finished 2-for-2 in a 6-4 loss to the Westside Woolly Mammoths on Sunday, connecting on his first leadoff home run of the season.

Adams leads the USPBL with an impressive .378 batting average and .525 on-base percentage. He has reached base safely in 34 of 35 games played and leads the league with 35 walks.

Adams and the Diamond Hoppers will host the Birmingham Bloomfield Beavers on Thursday at Jimmy John’s Field for Andy Appleby Bobblehead Night. Game time is set for 7:05 p.m.