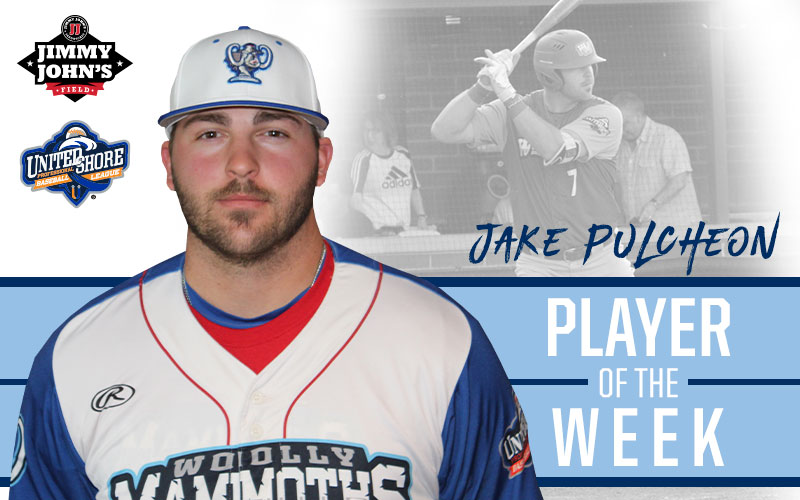 ROCHESTER, Mich. – Westside Woolly Mammoths Jake Pulcheon is the United Shore Professional Baseball League’s Player of the Week for June 17-23, announced by the league office on Monday. Pulcheon, a native of Menifee, Calif., earns the accolade for the first time this season.

Pulcheon has been a reliable bat for the Woolly Mammoths in the middle of their lineup during their five-game winning streak. The 6-foot-4 inch first baseman started the week with a 3-for-4 performance against the Unicorns, driving in two runs and had one double. He followed that up with two RBIs in a win over the Diamond Hoppers, and ended the weekend with a 2-for-5 performance against the Beavers.

Pulcheon and the Mammoths will be in action this Thursday as they face the first-place Utica Unicorns at 7:05 p.m. Gates open at 6 p.m. for Polish-American Heritage Night, presented by Polish-American Federal Credit Union.