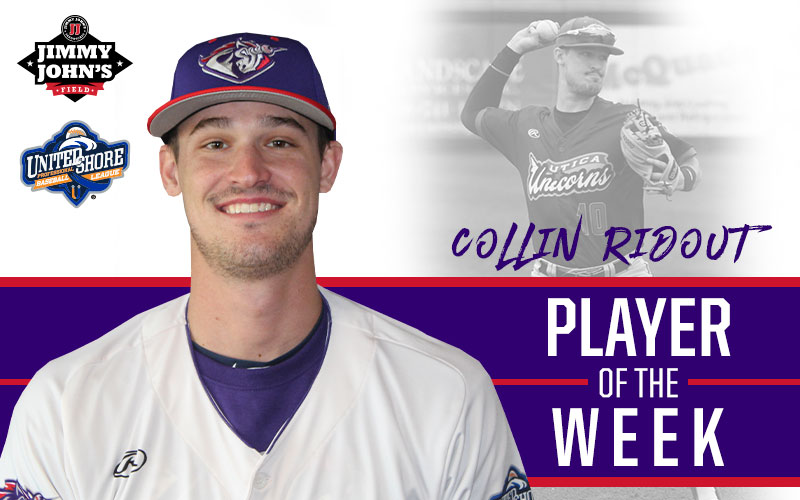 A native of McHenry, Ill., Ridout hit .636 for the week (7-for-11), with two runs batted in, three runs scored and one triple. He finished with an impressive .818 slugging percentage and .636 on-base percentage.

Ridout helped lead Utica to a 2-1 record last week and a one-game lead in the USPBL standings over the Birmingham Bloomfield Beavers and Westside Woolly Mammoths. He posted two or more hits in every game, tallying a 3-for-4 performance against the Mammoths on Friday night.

Ridout and the Unicorns will be in action again this Friday and Saturday at Jimmy John’s Field. Utica will take on the Woolly Mammoths on Friday night and the Beavers on Saturday.