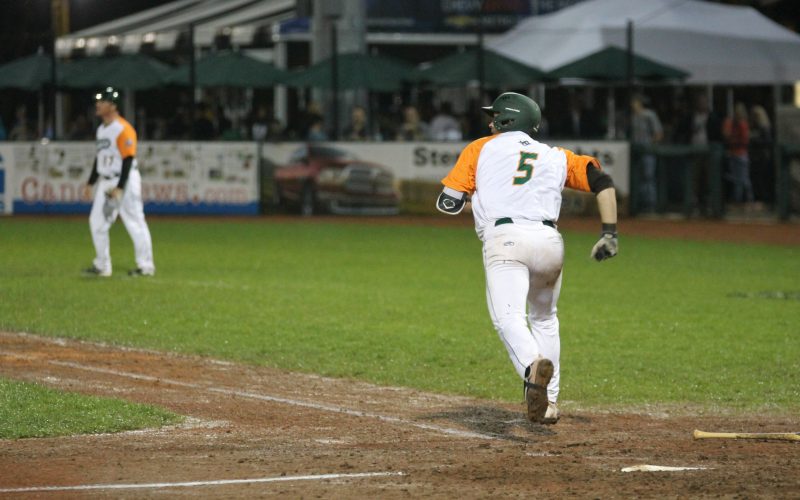 Utica — In a game suspended after the fifth inning, the Eastside Diamond Hoppers lead the Birmingham-Bloomfield Beavers, 4-1.

The Beavers got out to a 1-0 lead after Gerard Hernandez hit a sacrifice fly in the second inning.

In the bottom of the fifth inning, Casey Chenoweth hit a two-run home run to give the Diamond Hoppers a 2-1 lead. After Esteban Gomez reached on a single, Jeremy Scott doubled to right field, and a sacrifice bunt from Cyle Figueroa made it a 3-1 ballgame.

Joe Moroney followed with an RBI single to make it 4-1.

“It could still be 1-0 right now with the suspended game,” Diamond Hoppers Manager Paul Noce said.