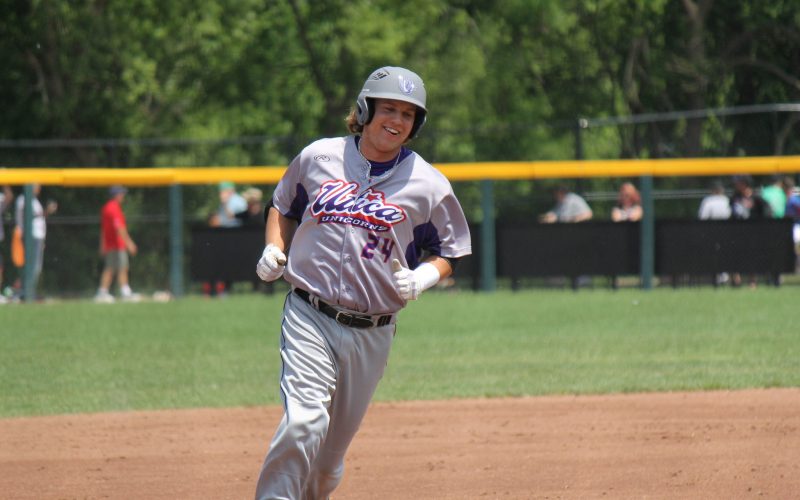 Utica — It was a back-and-forth game between the Utica Unicorns and Eastside Diamond Hoppers, but the Unicorns came out with a 10-9 victory on a pinch-hit walk-off home run by Nicco Lollio.

“[Deshazier] was painting me outside, and luckily he left one over the zone and I ran into one,” Lollio said.

The Unicorns got out to an early 1-0 lead, but Brandon Larkin-Guilfoyle hit a two-run home run to give the Unicorns a 2-1 lead in the bottom of the second inning.

The Unicorns came back to take an 8-6 lead on a two-RBI double by Clay Ardeeser and a sacrifice fly by Larkin-Guilfoyle. They would take the 8-6 lead into the ninth inning, but the Diamond Hoppers scored three to make it 9-8 going to the bottom of the ninth. Lollio’s two-run shot sealed the victory for the Unicorns.

Rampone was 2-4 with an RBI and two runs scored, and Larkin-Guilfoyle was 1-3 with a run scored and three RBI’s.