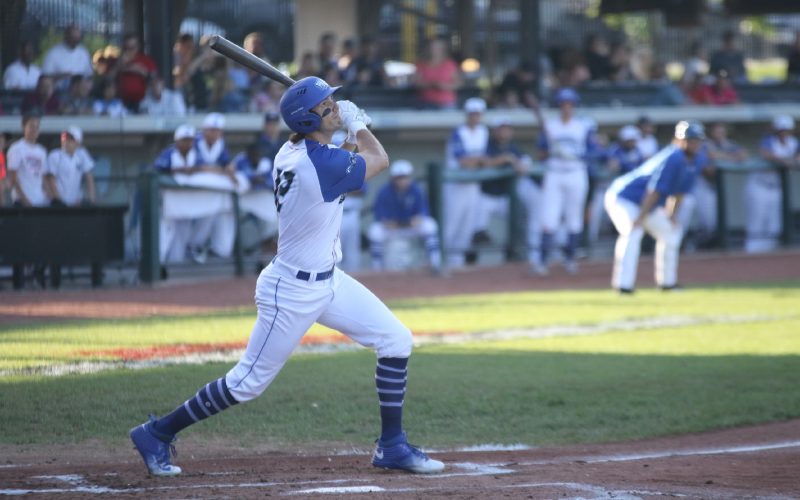 Woolly Mammoths Use Late Rally to Down Beavers, 9-6

UTICA, Mich. – Ethan Wiskur doubled with the bases loaded in the bottom of the eighth inning to drive in the game-winning three runs, while Tyler Pagano hit a two-run home run to lead the Westside Woolly Mammoths (7-5) to a 9-6 win over the Birmingham Bloomfield Beavers (6-9) on Wednesday night at Jimmy John’s Field.

Ryan Smith went 2-for-4 and drove in two runs, while Thomas Roulis finished 2-for-5 to lead the Beavers offensively.


Picking up the win on the mound in relief was left-handed pitcher Mike McGee, throwing 1.0 inning and struck out two, recording the fastest pitch of the night at 94 miles per hour. LHP Joel Sharon earned his first save of the year, throwing a perfect ninth inning.

The Beavers scored six runs, on seven hits and committed one error, while the Mammoths scored nine runs, on eight hits and had four errors.

The fan with the best Mardi Gras costume will win four tickets to a future game. Beads will be given out and there will be a Mardi Gras Mask Making Station for Kids!

PROMOTIONS: XFINITY Fireworks Spectacular and Blackjack the Border Collie will go airborne and catch some frisbees.