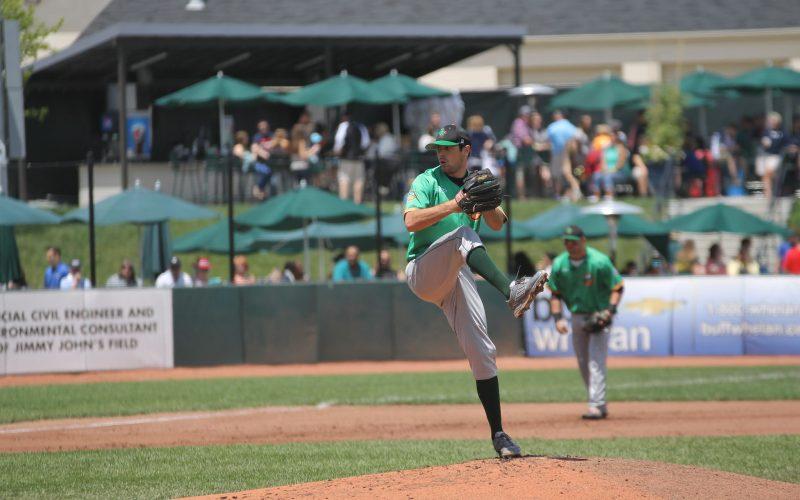 Utica — The Eastside Diamond Hoppers held the Utica Unicorns to just one run and two hits in their 4-1 victory. Starting pitcher Devin Alexander threw five scoreless innings, gave up just one hit and had four strikeouts.

“[Cyle Figueroa] knew how to work the hitters in terms of pitch speeds,” Alexander said about his catcher. “I really just had to throw what he was calling and it was awesome that we were on the same page.”

The Diamond Hoppers opened the scoring in the top of the third inning with an RBI single from Ricky Castro.

With the single, Castro is now tied for the longest hitting streak in USPBL history at 13.

In the bottom of the sixth inning, the Unicorns tied the game at one with a solo home run from Taylor Grzelakowski.

“This was a team win,” Diamond Hoppers Manager Paul Noce said. “Our starting pitcher did a great job and the bullpen did what they had to do.”

Randy Dobnak made his first start for the Unicorns and threw five innings, allowed just two hits, one run and tallied four strikeouts.