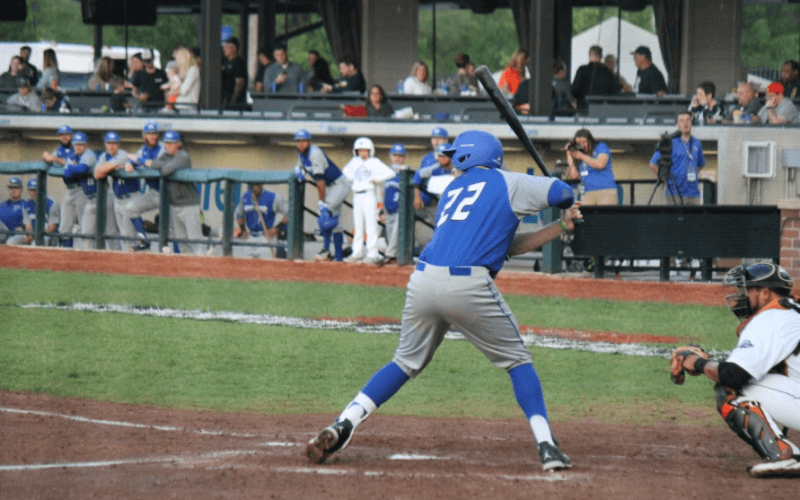 Mammoths Hold On to Defeat Unicorns 6-4

Utica — It was back-and-forth action between the Westside Woolly Mammoths and the Utica Unicorns on Friday, May 26, but the Mammoths were able to defeat the Unicorns, 6-4.

Mammoths first baseman Tyler McVicar was 2-3 with a walk and three RBI’s. His two-RBI double in the fourth inning tied the game at two, and he also had an RBI single in the eighth inning.

“I was looking for something out over the plate and a good pitch to hit,” said McVicar. “My timing was off a little bit in the first few games of the season, but I worked on catching the ball out in front and got some good pitches to hit.”

However, in the top of the eighth, Mammoths catcher Kyle Hamner would tie the game with an RBI single and Riley Palmer came around to score on a wild pitch to give the Mammoths a 4-3 lead.

Hamner eventually scored on a throwing error to make it a 5-3 ballgame and McVicar’s RBI single made it 6-3.

“The bottom of the lineup really got it going tonight,” Mammoths Manager Shane McCatty said. “Jeremy Holcombe did another outstanding job, and Travis McQueen shut them down with the bases loaded at the end.”

Holcombe threw seven innings, only allowed three runs and had two strikeouts. McQueen came in with the bases loaded in the bottom of the ninth, but he retired the first three batters he faced to secure the victory.

The Unicorns will be back in action on Saturday, May 27, when they take on the Eastside Diamond Hoppers.