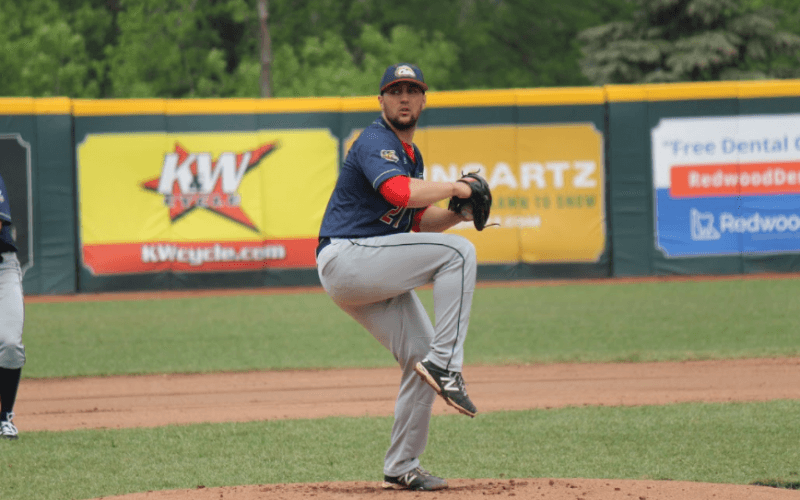 In a shortened game due to weather, the Birmingham-Bloomfield Beavers were able to defeat the Westside Woolly Mammoths, 1-0. Beavers starting pitcher Kevin Matthews threw the second no-hitter in USPBL history.

“My catcher did a good job calling the game,” Matthews said. “I’ve been working hard mechanically, and I think some of that is starting to pay off a little bit.”

Matthews threw all five innings for the Beavers and struck out 10. Of the 10 strikeouts, six were caught looking.

“At some point in the game, I lost the feeling for my fastball a little bit, and I had a feeling for my breaking ball for the majority of the game,” said Matthews. “I trusted Bobby behind the plate and it worked out well.”

“Tip your cap to Jared Gaynor,” Beavers Manager Chris Newell said. “Jared epitomizes the position of pitcher, and he was great.”

The only run of the game came in the second inning for the Beavers. After a single by Dan Kennon, Bobby San Martin doubled to give the Beavers a 1-0 lead.

“I’m partial to pitching,” said Mammoths Manager Shane McCatty. “It was still fun to watch and it was a great outing by both guys.”