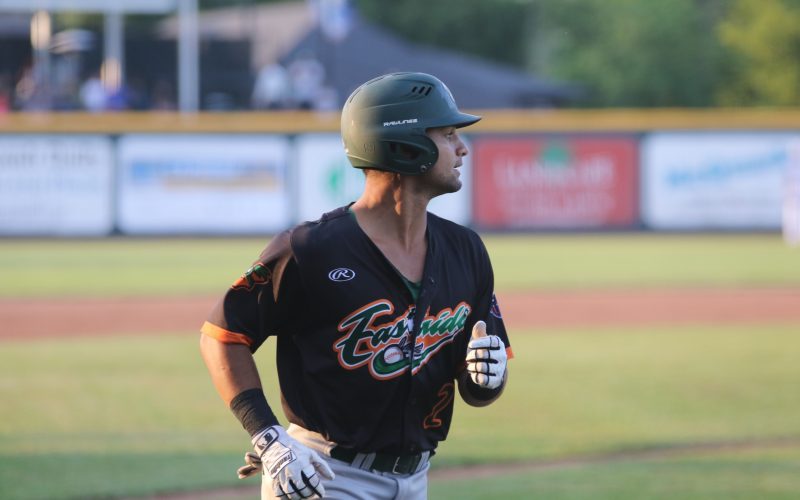 UTICA, Mich. – John Menken went 2-for-5 and drove in two runs, while Sebastian Diaz hit his fourth home run of the season to lead the Eastside Diamond Hoppers (16-17) to a 7-5 victory over the Westside Woolly Mammoths (17-17) on a lively Thursday night at Jimmy John’s Field.

Pat Adams added a 2-for-4 performance at the plate for the Diamond Hoppers, and right-handed pitcher Keaton Aldridge earned the win in relief, throwing 2.0 scoreless innings and striking out three. RHP Tyler Tomaka retired all three batters faced in the ninth to pick up the save. 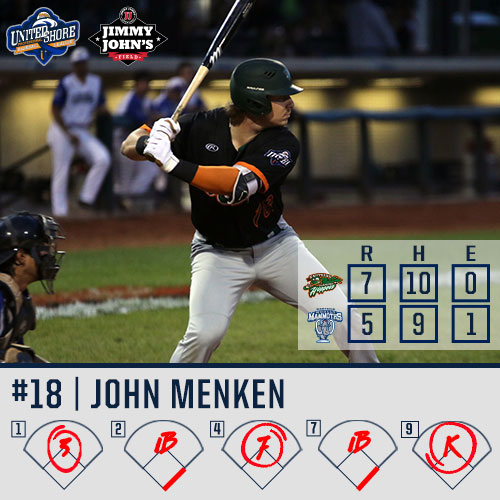 Jackson Smith led the Woolly Mammoths offensively, going 2-for-5 with a run scored. Left-handed pitcher Joel Sharon struck out 2 of 3 batters faced in the eighth inning. 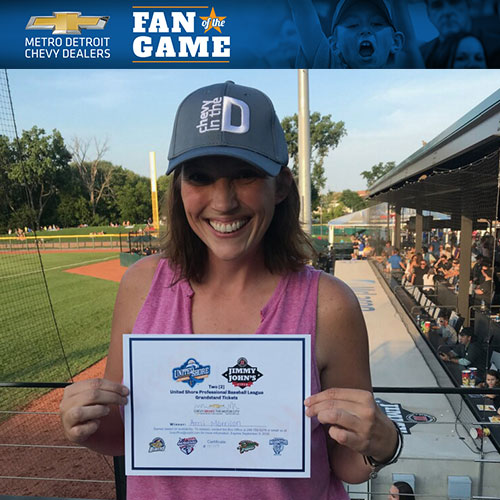