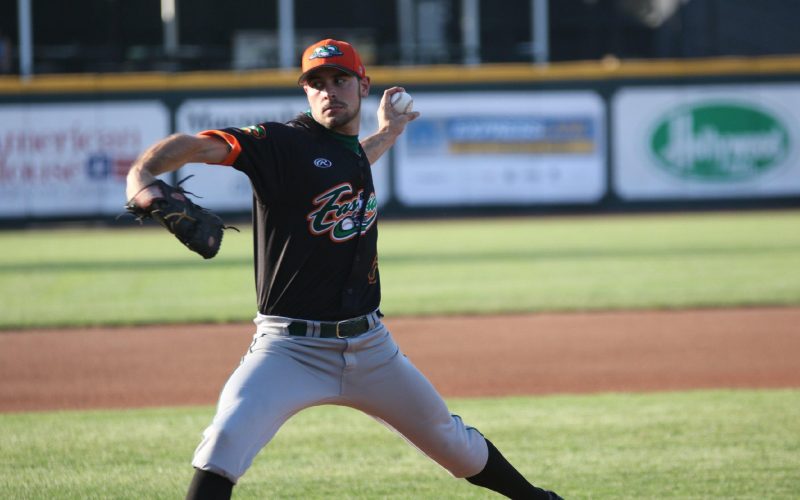 UTICA, Mich. – Left-handed pitcher Devin Alexander threw seven scoreless innings, allowing one hit and fanned a season-best 12, while centerfielder Kody Ruedisili went 3-for-4 and drove in a run to lead the Eastside Diamond Hoppers (4-3) to their fourth straight win, defeating the Utica Unicorns (3-3), 6-0, on Friday night at Jimmy John’s Field.

The Hoppers scored six runs, on nine hits, and committed one error, while the Unicorns had two hits in the ballgame.

PROMOTIONS: WCSX Classic Rock Saturday with Square Pegz, 80’s Night at the ballpark, Stranger Things and Postgame Dance Party for one hour on the field after the game … Afterglow party in the AAA Clubhouse immediately following Dance Party … Anyone dressed up in 80’s gear will be entered in for a chance to win a prize