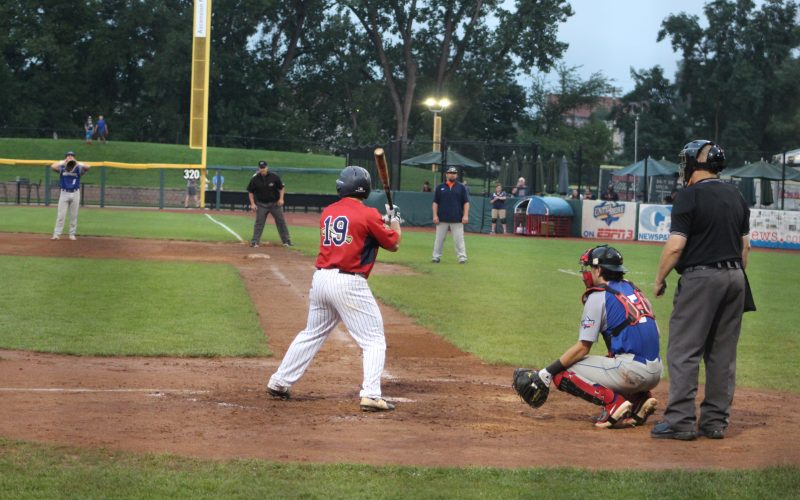 UTICA, Mich. – Roy Verdejo smashed a home run and went 3-for-3 with two runs batted in to lead the Birmingham Bloomfield Beavers (9-13) to a 4-3 victory over the Westside Woolly Mammoths (10-11) on Thursday at Jimmy John’s Field.

Left-handed pitcher Ed Cuevas picked up his second win in relief, throwing 2.0 innings and allowing one hit. Connor Bagneiski also went 3-for-3 and crossed the plate once.

Lamar Briggs led the way for the Mammoths, going 2-for-4 and scoring one, while Jaylen Smith hit his second home run of the season and scored twice.