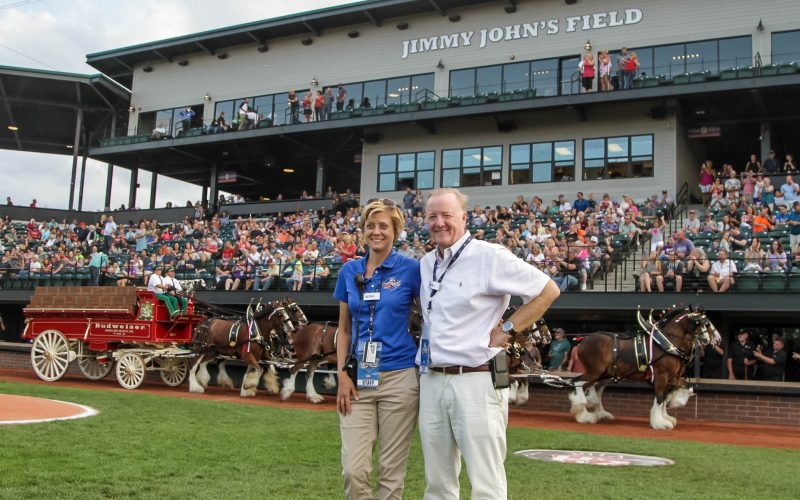 ROCHESTER, Mich. – The USPBL powered by UWM announced today that Dana Schmitt has been named President. Schmitt has previously served as COO of the USPBL since the league’s inaugural season in 2016. She will lead the USPBL’s business and strategic goals, along with day-to-day operations, working to increase both awareness and revenue for the league.

“It is an honor to be named President of the USPBL. I look forward to continuing what Andy Appleby has built as the premier independent professional baseball league in the country, and I am thankful that Andy is trusting me with this position. I’m excited and energized to work together with our dynamic team of young professionals who will help us to continue to elevate and grow the league to new levels in the near future,” said Schmitt.

Prior to joining the USPBL, Schmitt served as Chief Operating Officer and General Counsel of General Sports and Entertainment, LLC, the Rochester, Michigan-based parent company to the USPBL. In this capacity, she worked directly with the Chairman of General Sports to oversee the development and operation of all General Sports business divisions, subsidiaries and affiliated entities, while handling legal matters for each entity.

“Dana has worked diligently with me and General Sports Worldwide for the better part of 25 years now. She was indispensable and played an integral role in starting and building the league. She is a tireless and dedicated executive and will continue to provide the USPBL with great leadership and knowledge,” said USPBL Owner and Commissioner Andy Appleby.