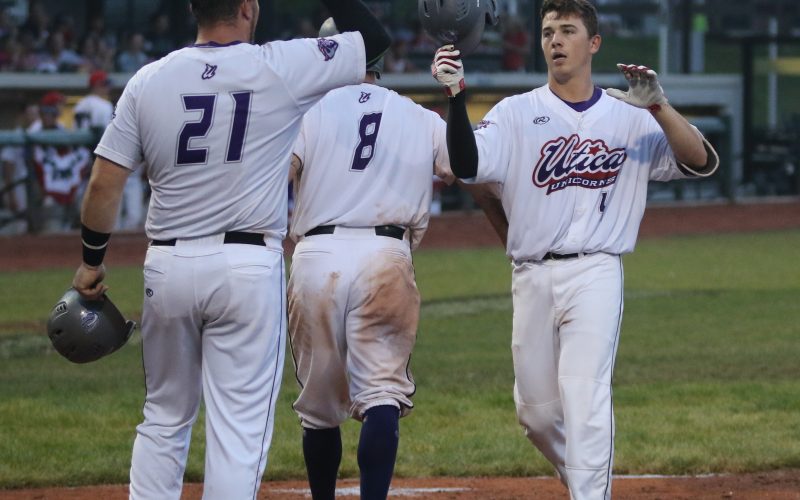 UTICA, Mich. – Fireworks lit up the sky at Jimmy John’s Field and so did the homers as Joe Campagna smashed two home runs and the United Shore Professional Baseball League’s home run leader Jimmy Latona drove one over the right-field sound stage to lead the Utica Unicorns (14-10) to an 11-8 victory over the Eastside Diamond Hoppers (10-13) on the Fourth of July in front of another sell out crowd.

Campagna finished the game 3-for-4, matching the single-game league record with two home runs. He added a triple and drove in three runs. Dan Elliott went 4-for-5, with two runs scored and a double. 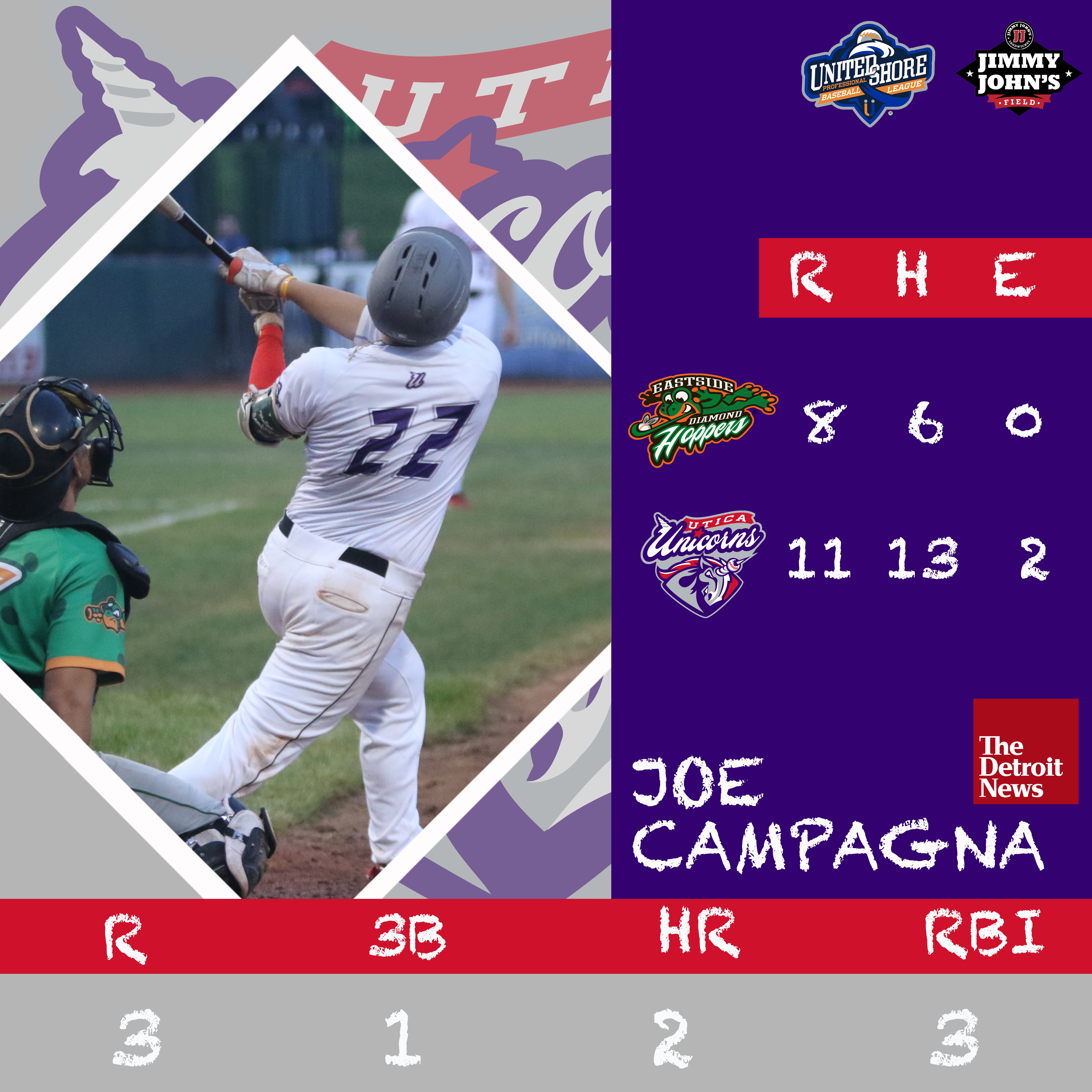 Right-handed pitcher Nolan Clenney earned his second win of the season, tossing 5.0 scoreless innings and allowed just one hit. The Novi, Mich., native played his college baseball at NC State and improves to 2-0 on the season.

Recent Northwood University graduate and Clarkston native Max Bain tossed a scoreless eighth inning in his USPBL debut for the Unicorns. Latona ended the game 2-for-5, scoring two runs and pushing his home run lead to two with seven.

After losing his father yesterday, Eastside’s Zack Gray was in the lineup tonight and connected on a double in the sixth inning, driving in three runs. Gray, a native of Hamilton, Ohio, ended the game 2-for-4 with a double and four RBIs.

Outfielder Pat Adams extended his league-leading hitting streak to 11 games, and has now reached base safely in 25 consecutive games. Adams, a native of Warren, Mich., attended Wayne State and heads into the All-Star break with a league-high .376 batting average.

The Birmingham Bloomfield Beavers will host the Westside Woolly Mammoths on Friday night at Jimmy John’s Field. Game time is set for 7:05 p.m. and Fireworks Spectacular will take place immediate following the game.