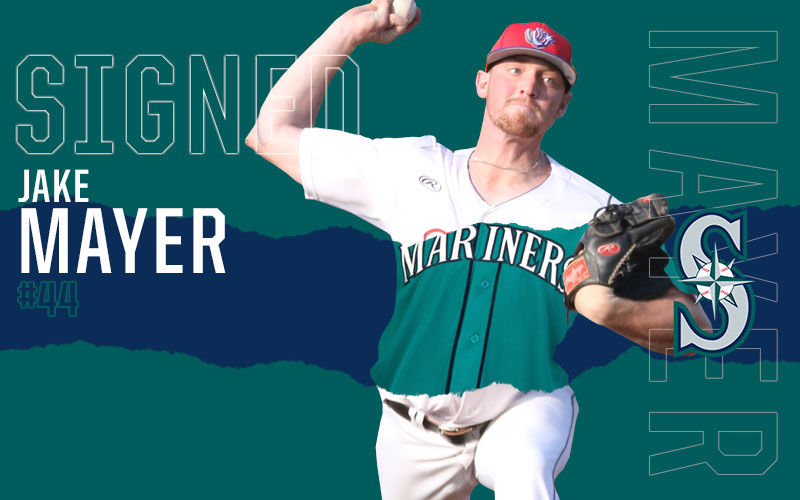 “Jake arrived at the 2018 USPBL Senior Showcase and stood out as one of the most polished pitchers,” said Orenduff. “He instantly showed the ability to attack hitters and mix speeds and earned a spot in the Unicorns’ starting rotation. During his time in the USPBL, Jake was eager to learn and was one of the most coachable and hardworking players in the league.”

Mayer posted a 2-0 record and made seven appearances for Utica. He struck out 14 in 18.2 innings pitched and recorded one save. Mayer finished with an earned run average of 2.41 and an impressive WHIP of 0.75.

“The USPBL has done more for me in my baseball career in the few short weeks that I was there, than anyone out there. From the moment that I arrived they made me feel at home, they supplied the tools to work hard, and supplied me with the knowledge to improve. The amount of work that the USPBL has put in for me behind the scenes is incredible. There is no way I would be where I am without them taking a chance on me, and broadcasting me to the Mariners.

“With the grace of GOD, my family and the help of everyone at the USPBL, I was picked up by the Seattle Mariners. Thank you all that helped make my dreams come true. And thank you GOD.”

Mayer joins his teammate Cody Brown with the Mariners organization. Mayer heads to Arizona to compete in the Arizona League, while Brown is in Everett, Wash. for the Northwest League (Short Season A).