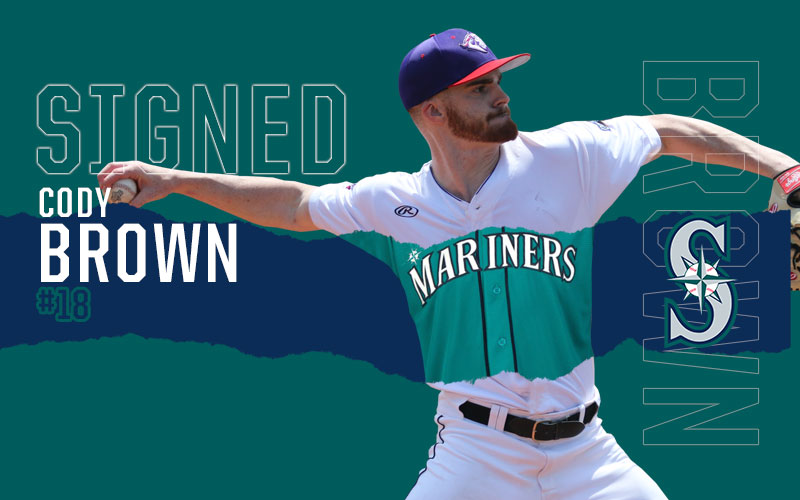 “Cody has been one of the most consistent and productive pitchers to throw in the USPBL,” said Orenduff. “During his time in the league, he improved his sinking fastball from 91 to 93 miles per hour, developed late action on his slider and change-up and emerged himself as one of the best starting pitching prospects in 2018. Cody utilized his time and resources in the USPBL and elevated his numbers to propel him into the Seattle Mariners organization.”

Brown led the USPBL with 65 strikeouts in 56.0 innings pitched and posted a 4-3 record. The 6-foot-1 inch, right-handed pitcher, posted a 2.25 earned run average and threw the only complete-game shutout this season. Brown finished with a WHIP of 1.13.


“Playing in the USPBL was a game changer for me because it gave me another chance to keep playing baseball, when it was looking like I was done for good,” said Brown. “Between the coaches and working with Justin Orenduff on my mechanics and lower half movement, I became a whole new pitcher from when I got here to when I left. If I had not come to the USPBL, I probably would be done playing baseball and not where I am today. I am very thankful for the opportunity.”

A native of Fulshear, Texas, Brown won back-to-back national championships at Tyler Junior College where he went 17-1. He pitched one season at Sam Houston State and played his senior year at UT Tyler, before signing with the USPBL.