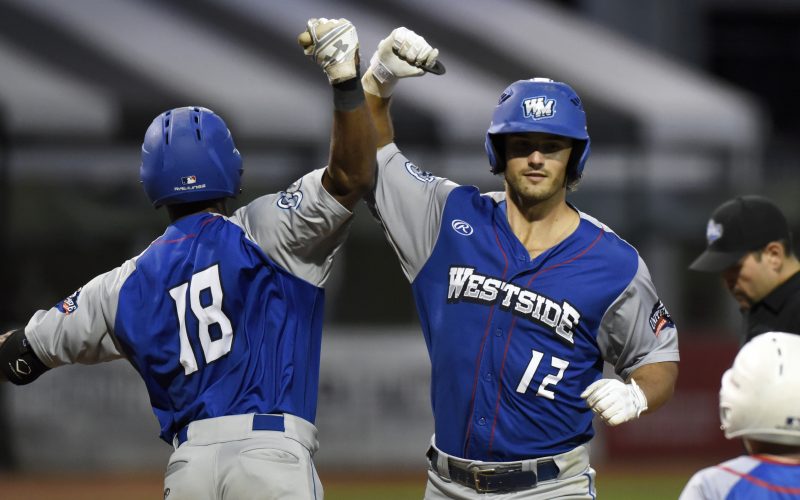 UTICA, Mich. – Ethan Wiskur went 2-for-3 with a home run and right-handed pitcher Brady Batten threw 3.0 scoreless innings to earn his fourth save of the season to lead the Westside Woolly Mammoths (27-21) past the Birmingham Bloomfield Beavers (23-22), 5-4, on Friday night in front of an enthusiastic crowd at Jimmy John’s Field.

The Beavers stranded 13 runners in the game as the Mammoths continued to pitch their way out of jams. RHP Matt Cronin (7-0) made the start, throwing 4.2 innings, scattering five hits, two earned runs and struck out five. RHP Reid Feeley (2-0) picked up the win in relief.

TJ Ward led the Beavers offensively, going 3-for-5 and drove in a run. Nick Campana finished 2-for-5 with one RBI, while RHP Jared Price was strong in relief, throwing 4.0 innings and struck out six.

The Woolly Mammoths will take on the Utica Unicorns (27-21) in a regular-season championship game on Saturday night at 7:05 p.m. Gates will open at 6 p.m. for Military Appreciation Night and Country Music by up and coming singer and newly signed Sony Recording Artist Bernadette Kathryn and the Lonely Days Band.