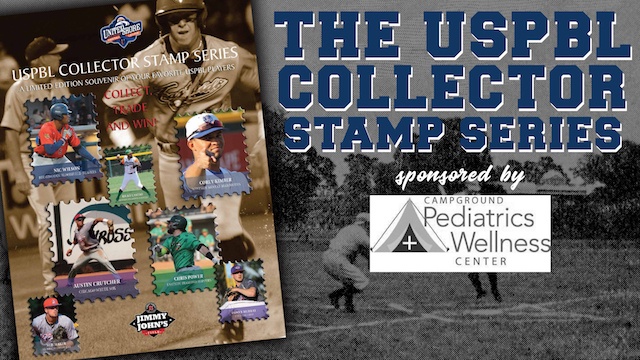 On each of the final six Sunday’s in the USPBL, 500 collector stamp books will be given out to young and passionate fans. The book will allow you to collect 65 stamps — 12 players from each team, the 13 players signed by major league organizations and the four USPBL mascots.

Prizes for collecting a certain amount of stamps include tickets to an upcoming game, an autograph baseball from the team of your choice and entry into a drawing to be an honorary bat boy/girl!

Bring the kids to Jimmy John’s Field and try to collect them all!