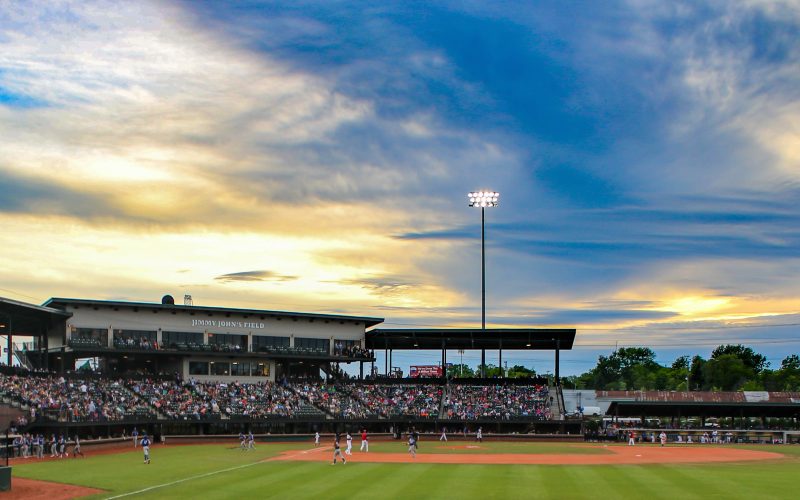 Opening Day will be Friday, May 28 as the two-time defending champion Utica Unicorns take on the Birmingham Bloomfield Beavers at 7:05 p.m. The game is presented by OUR Credit Union and will feature a ring ceremony and championship flag raising for the Unicorns, the USPBL Dance Crew, bat dog JJ, The Field General, a magnet schedule giveaway courtesy of Liberty Tax, and a post-game Fireworks Spectacular.  Click to view the full 2021 USPBL Schedule and Promotional Calendar.

Following today’s release of Opening Weekend single-game tickets for sale, the USPBL will be releasing single-game tickets for sale for another group of games every Monday, on a weekly basis, moving forward. The USPBL will be selling single-game tickets in pod style seating for the 2021 season. Tickets for all grandstand seating, group and patio area seating, and lawn seating will be available for purchase in pods of seats ranging from two to four to six people per familial pod. The USPBL has redesigned its facility seating manifest to allow for proper social distancing, thus decreasing the overall ballpark capacity. Each pod of seats is separated by 6 feet.

As capacity will be limited during the 2021 season, the USPBL is encouraging advance ticket purchases to the greatest extent possible. We anticipate that many games will sell out due to the capacity limitations, and that there will only be a limited number of tickets available for game day purchases at the Fifth Third Bank Box Office.