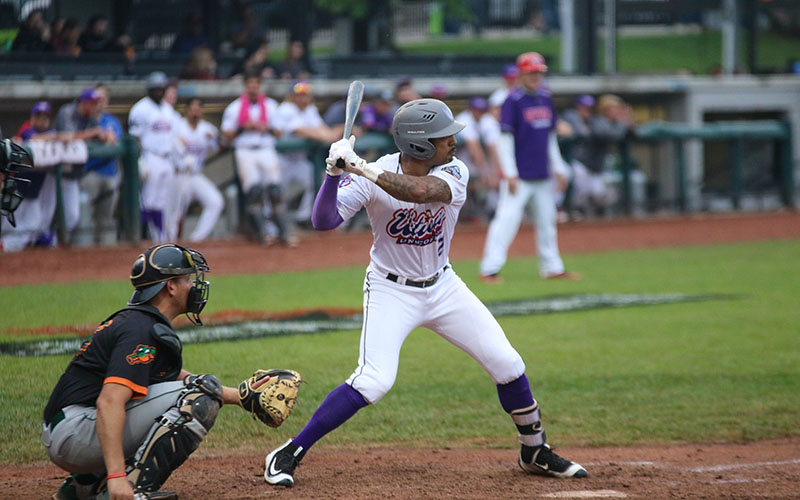 UTICA, Mich. – Dallas Oliver hit a three-run home run and left-handed pitcher Mitch Williams picked up his first win of the season in relief, throwing 1.1 scoreless innings to lead the Utica Unicorns (9-2) to a 5-3 win over the Eastside Diamond Hoppers (5-4) on Saturday at Jimmy John’s Field.

The Unicorns have won eight of their last nine games, including three straight. Dan Elliott went 2-for-2 with one RBI and one walk, while Collin Ridout extended his league-leading hitting streak to nine games, finishing 2-for-3. Coleman Poje homered to dead center field for his second dinger of the season. 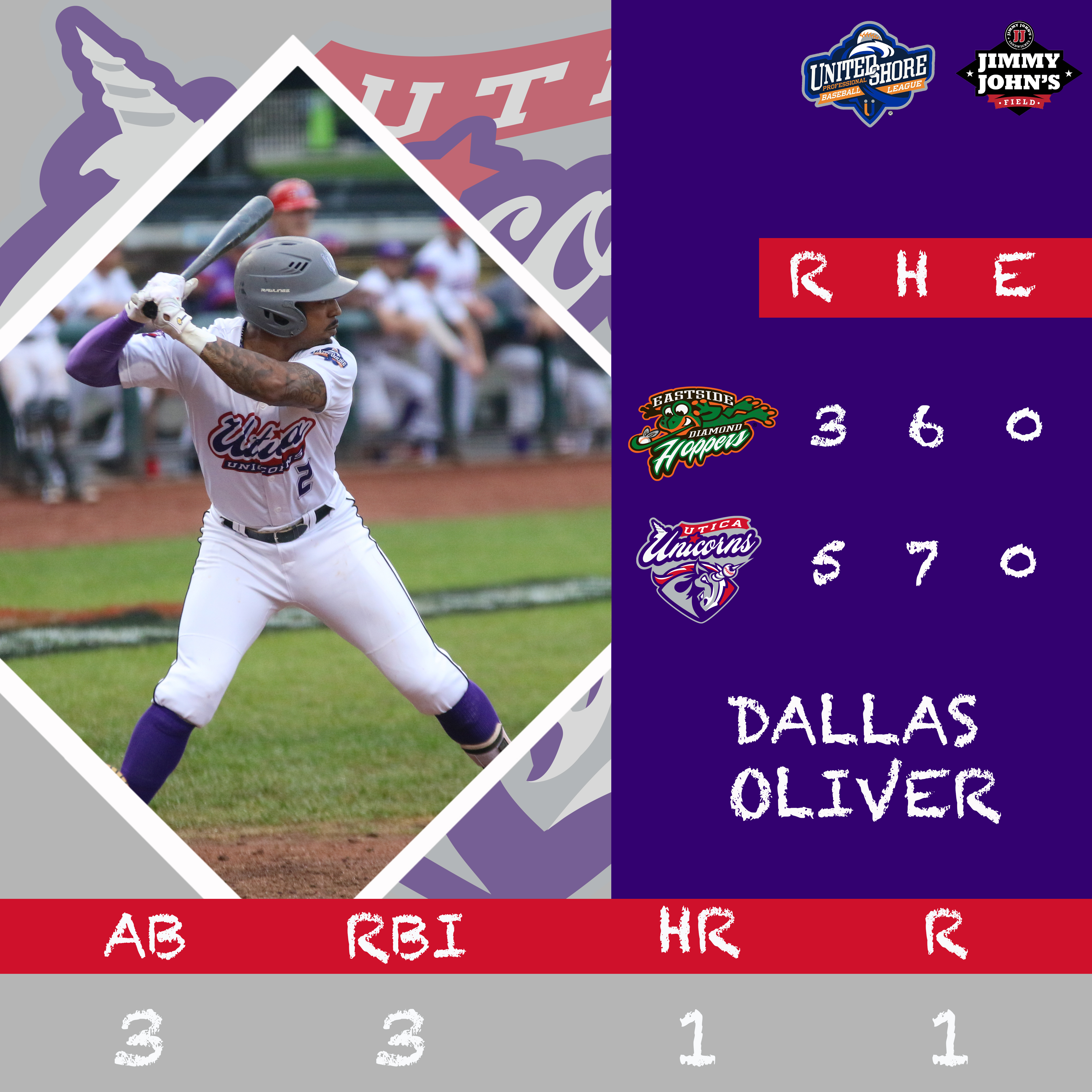 Eastside’s shortstop Kevin Whatley flashed the leather with an ESPN Top-10 worthy diving catch on the other side of second base, and led the offensive production as well for the Diamond Hoppers, going 2-for-2 with a run scored. Left-handed pitcher Rabon Martin tossed 2.0 scoreless innings for the Hoppers.

The Diamond Hoppers will take on the Birmingham Bloomfield Beavers (3-5) on Sunday at 1:05 p.m. Gates open at Noon for the Princess Brunch as Cinderella, Princess Bella and Snow White make their way to the ballpark, presented by Fairytale Entertainment.