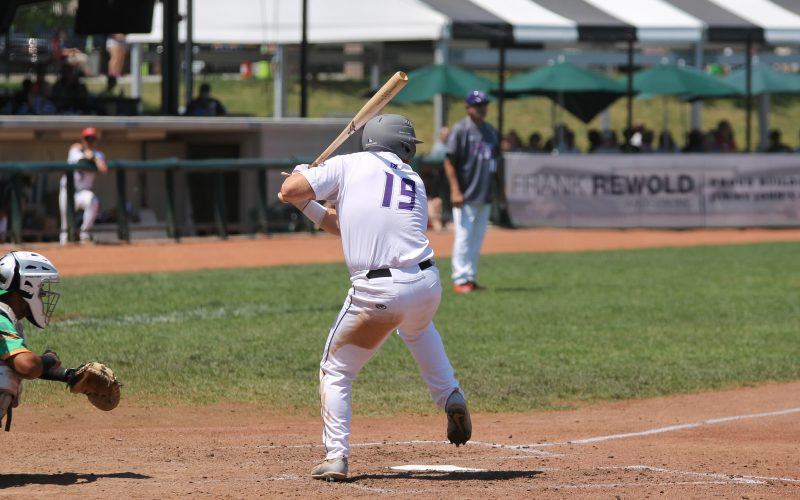 Utica — The Utica Unicorns and Eastside Diamond Hoppers combined to score 32 runs in a slugfest at Jimmy John’s Field. However, the Unicorns came out on top with a 17-15 victory.

“I was seeing the ball well and I wasn’t trying to do too much,” Grzelakowski said.

In the bottom of the first, Grzelakowski hit a three-run home run of his own to make it a 5-3 ballgame. However, in the top of the second inning, the Diamond Hoppers would score three more runs to take an 8-3 lead.

Back-to-back RBI doubles from Clay Ardeeser and Mike Rampone made it an 8-5 ballgame in the top of the third. Quinton Alexander followed with a two-RBI double to make it 8-7. Alexander came around to score on an RBI single from Brett Balkan to tie the game at eight.

In the bottom of the third inning, Chris Cruz hit a two-run home run to give the Unicorns a 10-8 lead. Grzelakowski hit his second home run of the game to increase the lead to 11-8.

The Diamond Hoppers would retaliate in the top of the fourth and take a 12-11 lead on a three-RBI triple by Jeremy Scott.

In the bottom of the fourth, Alexander hit an RBI single to tie the game at 12. Cruz hit his second home run of the game to increase the Unicorns lead to 15-12, and the Unicorns would score two more runs to go up 17-12.

The Diamond Hoppers would score three more runs, but the Unicorns led them off to secure a 17-15 victory.