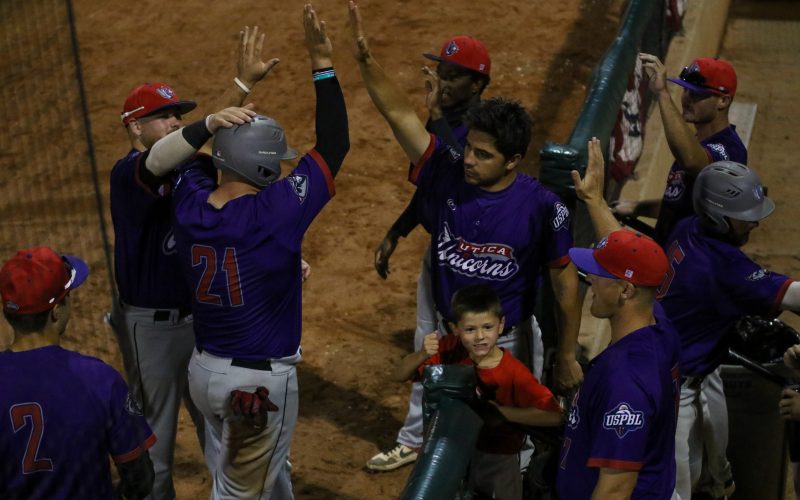 UTICA, Mich. – Adam De La Cruz drove in the game-winning runs in his United Shore Professional Baseball League debut, and Kyle Orloff drove in two runs to lead the Utica Unicorns (25-20) to a 4-3 come-from-behind victory over the Eastside Diamond Hoppers (16-27) in front of a capacity crowd at Jimmy John’s Field on Friday night. 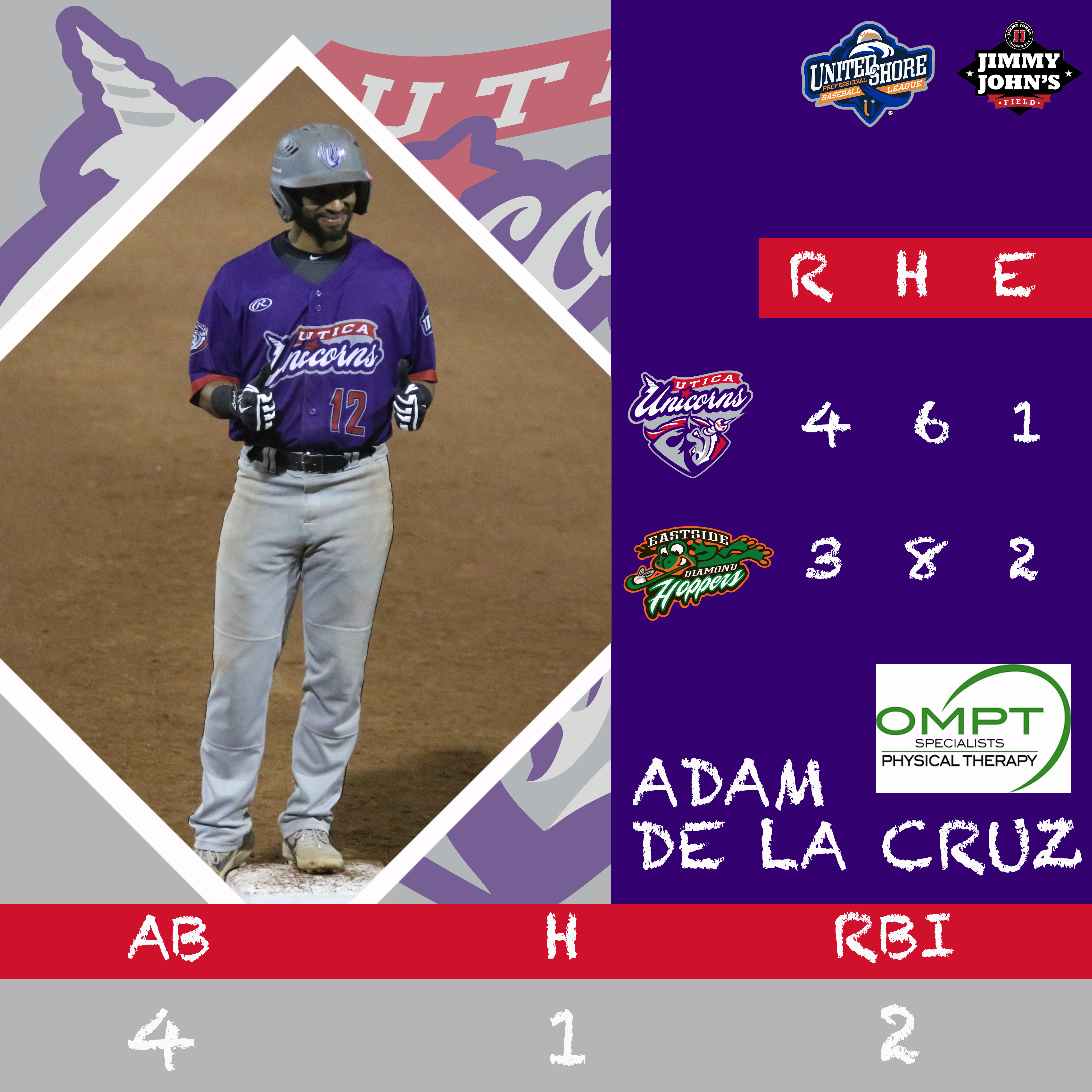 Cole Perry was 2-for-3 with a walk and hit-by-pitch, while Riley Mihalik finished 2-for-4 and drove in a run for the Diamond Hoppers.

The Unicorns will take on the Birmingham Bloomfield Beavers on Saturday at 7:05 p.m. It’s Detroit Pistons Night at Jimmy John’s Field with Pistons Entertainment Teams, Hooper, and giveaways throughout the game. Gates open at 6 p.m.