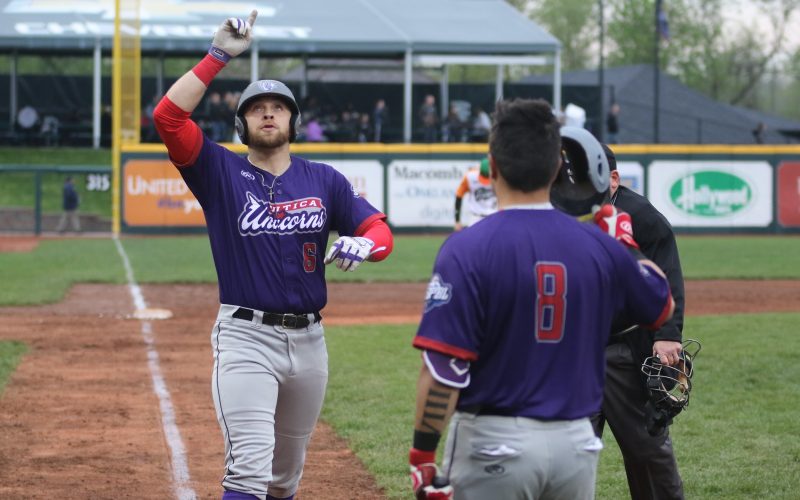 The Unicorns used two four-run innings, one in the third and the other in the sixth, to chase Diamond Hoppers’ starter Dillon Alexander (0-1) from the game. Alexander threw 3.0 innings, giving up six hits and seven runs. The Unicorns’ Brown scattered four hits while striking out three in the game.

After Gabe Gunter got the Diamond Hoppers on the board in the fifth with a RBI single, the Unicorns responded with a two-run triple off the bat of Chris Allen and a long home run by Lollio.

The Diamond Hoppers’ Chris Mangus connected on his first home run of the season in the ninth inning to close out the scoring in the game.

PROMOTION
Celebrate Mother’s Day at Jimmy John’s Field. The first 1,000 Mothers will receive flowers, courtesy of Thrifty Florist, and one lucky Mom will win a $100 gift card from Thrifty Florist. Enjoy a brunch before the game for an additional $15.