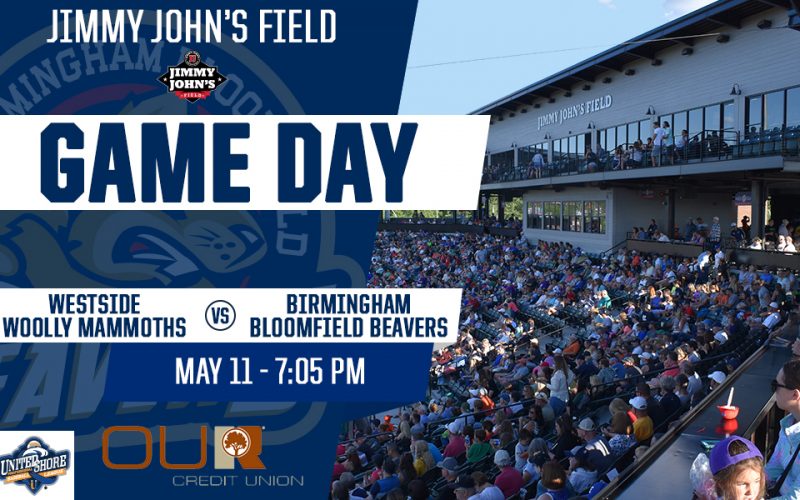 UTICA, Mich. – Longer days and warmer weather in southeast Michigan can only mean one thing. Baseball is back and Jimmy John’s Field is the place to be as Opening Day is here, presented by OUR Credit Union. The Birmingham Bloomfield Beavers will be taking on the Westside Woolly Mammoths tonight at 7:05 p.m., in a rematch of the 2017 USPBL championship game, to kick start the third season of the United Shore Professional Baseball League.

Tonight is a rematch of last year’s championship game as the Beavers edged out the Woolly Mammoths, 5-2, to capture the title. Prior to first pitch, the Beavers will be honored by a ring ceremony, presented by Lucido & Manzella, P.C., and the flag raising behind the left field wall.

“I’m really looking forward to the ring ceremony and flag raising before the game,” said Chris Newell, Manager of the Beavers. “It means a lot to me and I’m looking forward to see the reactions on the guys faces. At the end of the day, these guys are the ones that did that and they deserve this.”

It’s been a long offseason and both players and coaches are itching to get back on the diamond.

Mason (5-2, 2.43 ERA in 2017) is a returning pitcher from last season who started the 2017 championship game and finished the season as one of the most promising starters in the league. Seyler is a newly-signed free agent that earned three saves in two seasons in the New York Yankees organization, throwing in Single-A in 2017.

Gates open at 6 p.m. and there is no shortage of pregame festivities leading up to first pitch. Making their debut will be the USPBL Bat Dog, JJ The Field General, and USPBL Dance Crews, performing at every game. American Band will be playing live music, a sky diver will bring the game ball to Buzz, and the first 750 fans will receive a USPBL schedule magnet, courtesy of Liberty Tax in Utica and Detroit. Face Painting will also be part of the excitement at Jimmy John’s Field and don’t forget about the Fireworks Spectacular is scheduled for postgame.