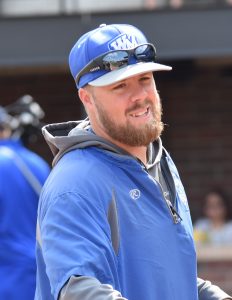 Shane McCatty enters his seventh season at the United Shore Professional Baseball League in 2022. After spending the two seasons as Manager of the Westside Woolly Mammoths and the league pitching coordinator, McCatty will now serve as the Director of Baseball Operations.

McCatty played his collegiate baseball at Grand Rapids Community College and Oakland University. He was selected by the Washington Nationals in the 34th round of the 2009 MLB Draft and had a successful four-year professional playing career. McCatty is following the same path as his father Steve McCatty, a former standout in Major League Baseball for the Oakland A’s and pitching coach for the Washington Nationals.