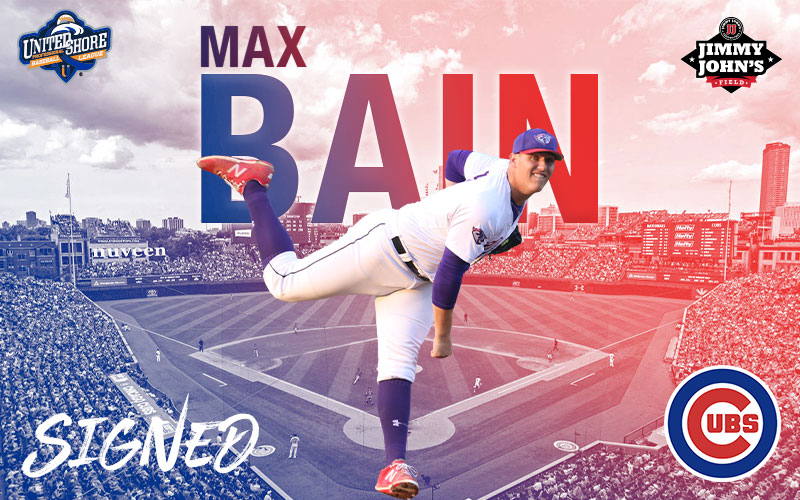 ROCHESTER, Mich. – The United Shore Professional Baseball League (USPBL) today announced that Clarkston native Max Bain, a pitcher for the Utica Unicorns in 2019, has been signed by the Chicago Cubs organization. Bain is the 37th USPBL player to be signed by a Major League organization since the start of the USPBL’s inaugural season in 2016. 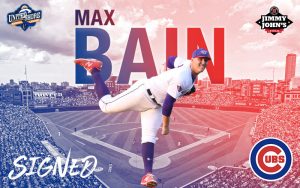 Bain, a 22-year-old, 6’6”, 255 lb., right-handed pitcher from Clarkston, Michigan, appeared in 14 games with 21 strikeouts for the Utica Unicorns in the 2019 baseball season. During his time with the USPBL, Bain increased the velocity on his fastball to 97 mph. Bain played collegiate baseball at Northwood University in Midland, Michigan before signing with the Unicorns in 2019.

Bain attributed his success to his experience in the USPBL, saying, “My time as a Unicorn is something I’ll never forget. All of those involved, Andy Appleby, Justin Orenduff, Shane McCatty, Alan Oaks, Willi Martin, Skip Johnson, and countless others, gave me the opportunity to not only play baseball at the professional level, but to also let me develop into my own that much more. I’ll forever be grateful for that,” said Bain. “I’ve created so many lifelong relationships on and off the field. I want to thank the USPBL staff as a whole, my teammates, and the city of Utica for providing unreal experiences every day at Jimmy John’s Field.”

Justin Orenduff, USPBL Director of Baseball Operations, said of Bain, “As soon as Max arrived to the USPBL he was on a mission to fearlessly learn, develop, and implement new strategies to become an MLB Prospect. As he progressed through the USPBL he steadily increased his average velocity by over 2 mph and continued to do so this off-season. We enjoyed having Max a part of the USPBL and are excited to see him carry out his mission in the Chicago Cubs Organization.”