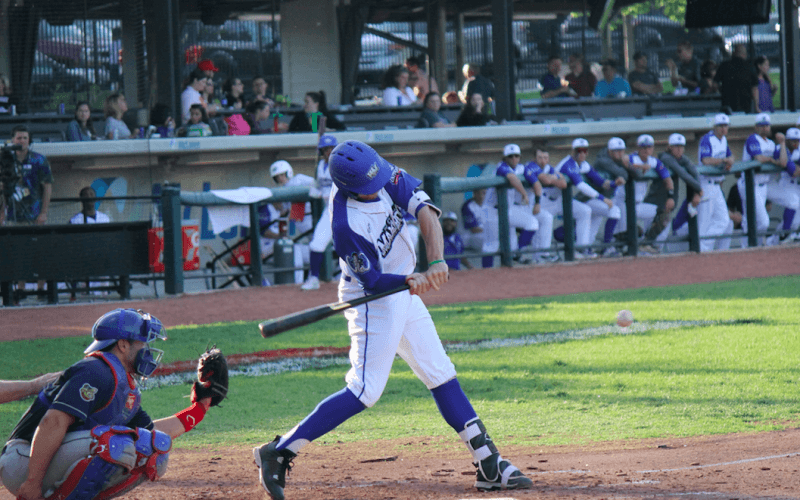 Utica — After being down 4-0 for the first eight innings, the Westside Woolly Mammoths exploded for six runs in the bottom of the eighth inning to earn a 6-4 victory over the Birmingham-Bloomfield Beavers.

Mammoths shortstop Jeff Smith was 2-2 with two walks, an RBI and a run scored, and Tyler McVicar was 1-4 with a home run and two RBI’s.

“That’s why baseball is so fun,” Mammoths Manager Shane McCatty said. “You can have a boring game for most of the night, and then you get a different look at a guy and you never know what can happen.”

In the eighth inning, the Mammoths rally started with an RBI single from Smith. With two outs, catcher Kyle Hamner hit a two-RBI single, and Kent Blackstone hit an RBI single of his own to tie the game at four.

“Four runs is a deficit, but our guys feel like they’re in the game no matter what, and that’s a good feeling to have,” McCatty added.

Beavers center fielder Gerard Hernandez was 1-4 with a home run and two RBI’s, and left fielder DonAndre Clark was 2-4 and scored a run. Clark is now batting .442 on the season.