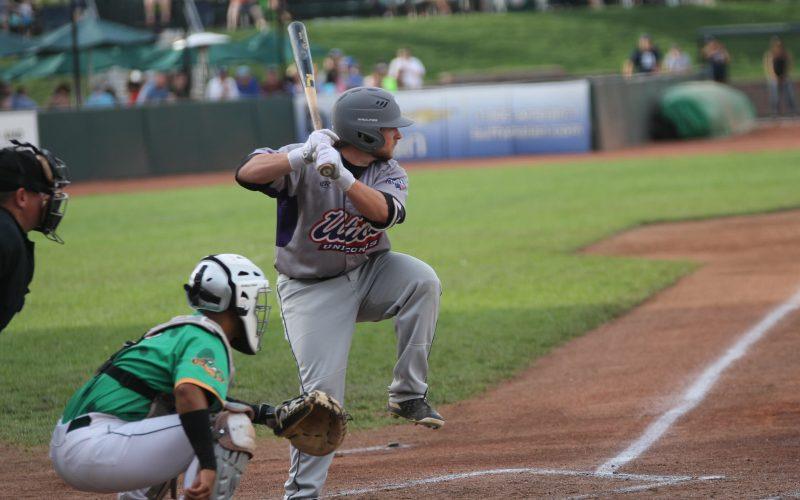 Utica — In a game suspended due to rain, the Utica Unicorns lead the Eastside Diamond Hoppers, 7-4.

In the top of the first inning, the Unicorns took a 3-0 lead on a two-RBI single by Taylor Grzelakowski and a sacrifice fly by Spencer Ibarra.

The Diamond Hoppers got two back in the bottom half of the first inning on a two-run home run by John Menken.

In the top of the second inning, Collin Thacker hit a two-run double to put the Unicorns up 5-2. The Diamond Hoppers would get two back in the bottom of the fourth inning on an RBI single by Casey Chenoweth and an RBI groundout by Cyle Figueroa.

Thacker came up in the top of the fifth inning and hit a two-run home run to give the Unicorns a 7-4 lead.