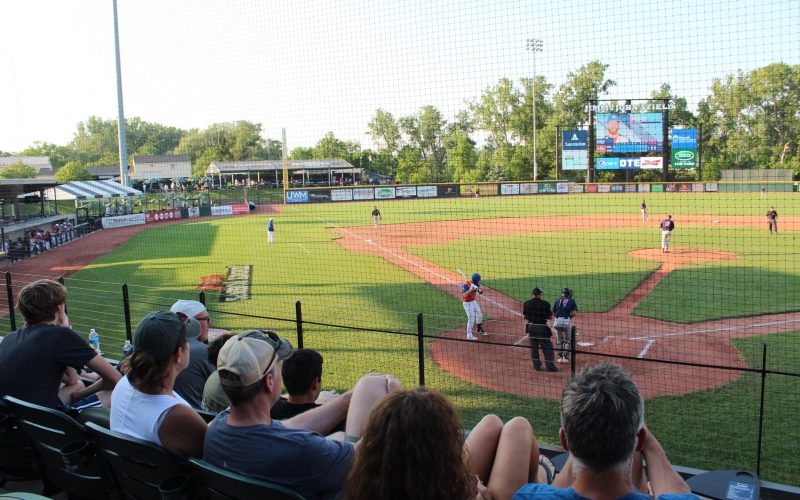 UTICA, Mich. – The Westside Woolly Mammoths shut out the Birmingham Bloomfield Beavers Saturday night at Jimmy John’s Field by a score of 4-0. The Mammoths improve to 3-1, while the Beavers fall to 1-3.

The Mammoth offense showed through at the beginning of the game, earning all four of their runs in the second inning. Right-fielder Jaylen Smith got things started with an RBI on a sacrifice fly, followed by catcher Coleton Horner knocking in two more runs with a double. First baseman Spenser McGhee brought the run total to four with an RBI single.

Mammoth pitching was also on fire tonight. Starter Jackson Hicks went six innings giving up only two hits and no earned runs. He threw six strikeouts, earning his first win of the season.

After the big second inning, Beavers pitchers Edgar Cuevas, Cole Gidley, and Cole Stanton were able to hold the Mammoths to three total hits and no earned runs throughout the rest of the game.