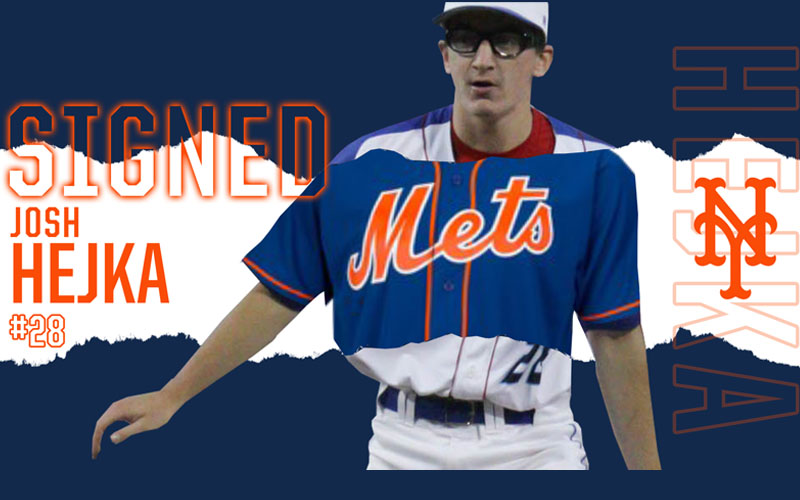 ROCHESTER, Mich. – Westside Woolly Mammoths right-handed reliever Josh Hejka signed a contract with the New York Mets, announced by Director of Baseball Operations Justin Orenduff on Monday. Hejka, a native of Dearborn, Mich., becomes the first Woolly Mammoth to sign with a Major League Baseball organization and is the first USPBL player to go to the Mets.

“Josh came into the USPBL with a history of success from Johns Hopkins University,” said Orenduff. “During his time in the USPBL, we witnessed a pitcher who always had a plan, process, and confident approach on exactly what he needed to do. We wish him continued success in the New York Mets Organization.”

Hejka is the third player this season to earn a contract with a MLB organization and is the 30th player to sign since 2016. He appeared in five games for the Mammoths out of the bullpen, going 1-0 and did not allow a run in 5.2 innings. Hejka struck out five and did not walk a batter.

“I couldn’t be more grateful that they (USPBL) gave me my first opportunity to play professional baseball,” said Hejka. “As a local kid, I have made some special memories as many of my friends and family members got the chance to see me pitch. The atmosphere, awesome facilities, and tremendous fan support made the entire experience something to cherish. I also wanted to give a special thank you to Mark Weidemaier and Bryan Kloppe from the Mammoths for having confidence in me and allowing me to prove myself.”

He will report to Rookie Ball in Kingsport, Tenn. to play with the Kingsport Mets.