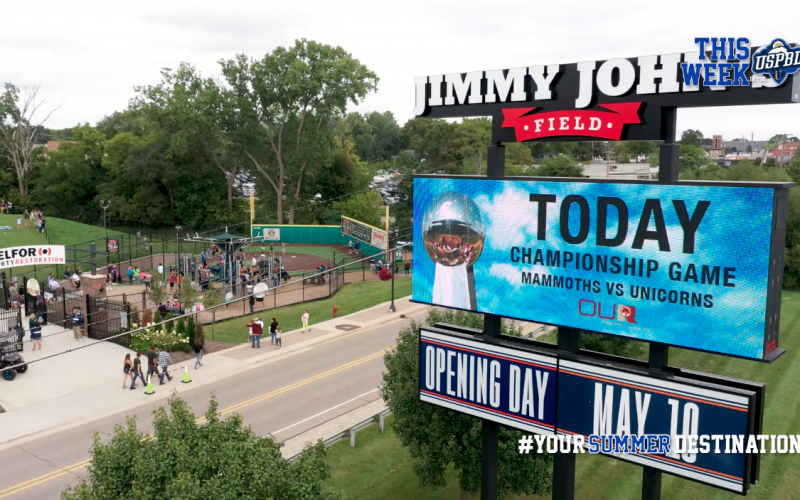 The weekend began with another sell out on Friday and the best fireworks show of the season. The Birmingham Bloomfield Beavers advanced to the semifinals after a 7-3 victory over the Eastside Diamond Hoppers, led by right-handed pitcher Garrett Christman who earned his league-best seventh win of the season.

The Unicorns took on the two-time defending champion Beavers on Saturday night for the right to play for the championship on Sunday. RHP Ty Hensley threw 7.0 scoreless innings as Utica took a 5-0 lead into the eighth inning. The Beavers responded with a three-run home run in the eighth, and put runners on first and second in the ninth, but Hensley pitched out of the jam to throw his first-ever complete game since becoming a professional in 2012.

After a superb semifinals game, the Championship Game looked like it was going to be a run away for the top-seeded Westside Woolly Mammoths. Sonny Cortez homered in the first and the Mammoths took a 5-1 lead into the seventh inning before the Unicorns scored three and added the go ahead run in the eighth to win the title. Nolan Clenney broke the single-season record with his eighth save of the year, retiring all six batters he faced. The game featured a record attendance of 4,926.