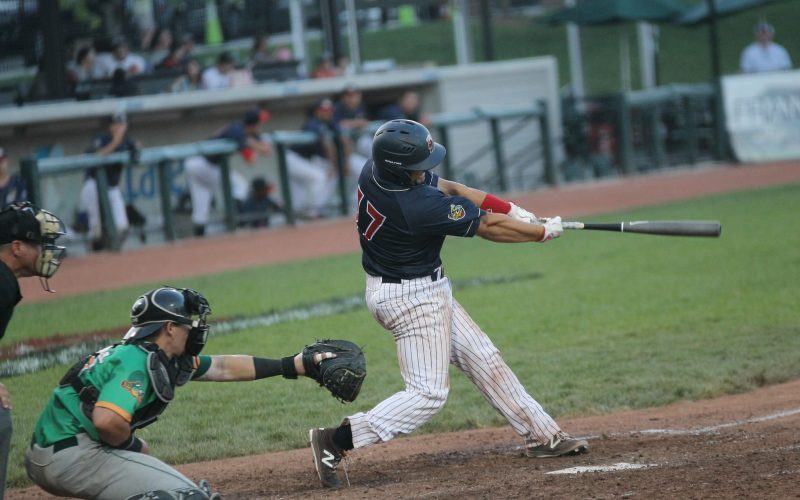 Utica — With a five-run fifth inning that included a two-RBI triple from Robert Lucido, the Birmingham-Bloomfield Beavers defeated the Eastside Diamond Hoppers, 7-3.

Lucido finished the day 2-3 with a double, a triple and two RBI’s.

In the top of the second inning, the Diamond Hoppers took a 1-0 lead on a solo home run by Esteban Gomez.

The Beavers would tie the game at one on an RBI fielder’s choice by Nic Wilson. However, in the top of the fourth inning, the Diamond Hoppers regained the lead with an RBI groundout by Casey Chenoweth and an RBI single by Brandon Oliver.

In the bottom of the fifth, the Beavers exploded for five runs. Dan Kennon’s two-RBI single tied the game at three, and Lucido’s triple gave the Beavers a 5-3 lead. Lucido eventually scored on a wild pitch to take a 6-3 lead.