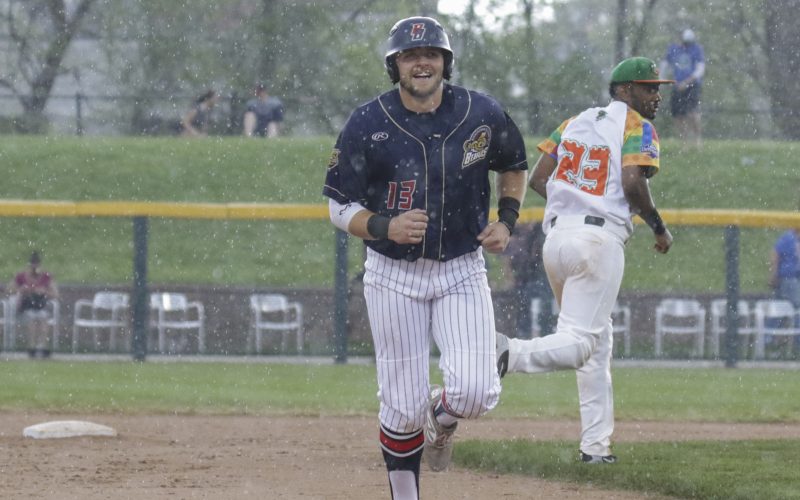 Beavers-Hoppers Will Complete May 19 Game on June 13

ROCHESTER, Mich. – The May 19, 2019 game between the Eastside Diamond Hoppers and the Birmingham Bloomfield Beavers was suspended in the bottom of the 8th inning with the game tied 1 -1.  The game will be resumed on Thursday, June 13, 2019 at 5:30 p.m.  Any fans with tickets to the May 19th game can exchange their original tickets or receipt for their May 19 tickets to attend the completion of that game at 5:30 pm on June 13.  The gates to the ballpark will open at 5:00 pm on Thursday, June 13 at 5:00 pm for completion of the suspended game.

We also will allow any fans who had tickets to the May 19 suspended game who cannot attend the completion of the suspended game on June 13 to exchange their May 19 tickets for another game during the 2019 season, based on availability.  Any exchanged tickets are valid for an equal, or lesser value, ticket. Fans should redeem their tickets early once they know what game they would like to attend to avoid that game being sold out.

The Jimmy John’s Field Box Office will be open the following hours during the 2019 season: