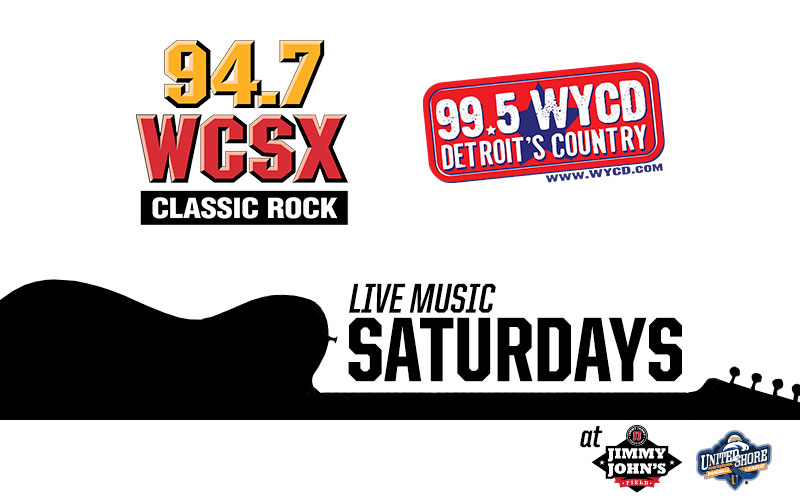 “These are two of the highest rated radio stations in metro Detroit and we are excited about continuing our partnership with WCSX and WYCD,” said Scott MacDonald, Vice President of Marketing and Public Relations. “The stations do a great job promoting the games, sending personnel out to the ballpark and booking top-notch bands to perform on the Dana St. Clair Stage.”

WCSX Classic Rock Saturdays will start on the first Saturday of the season, May 12, and run through July 14. Personalities from the radio station will be at the ballpark, serving as in-game host, running contests and interacting with fans.

“No one delivers a better baseball experience than the USPBL” said Jerry Tarrants, Program Director for WCSX. “We’re honored to bring back our classic rock flavor to that experience.”

Country Music Nights will be hosted by 99.5 WYCD radio personalities during four games this season with live performances from country artists. The station will promote all the nights at the ballpark, including utilizing Detroit’s top sports station 97.1 The Ticket.

“Jimmy John’s Field is not only a fabulous place for baseball, but we’re proud to partner again on some awesome Country Concert events for all of our fans,” said Tim Roberts, Vice President Music Programming and Program Director.

Below are the game dates and bands for 99.5 WYCD Country Music Nights and 94.7 WCSX Classic Rock Saturdays: