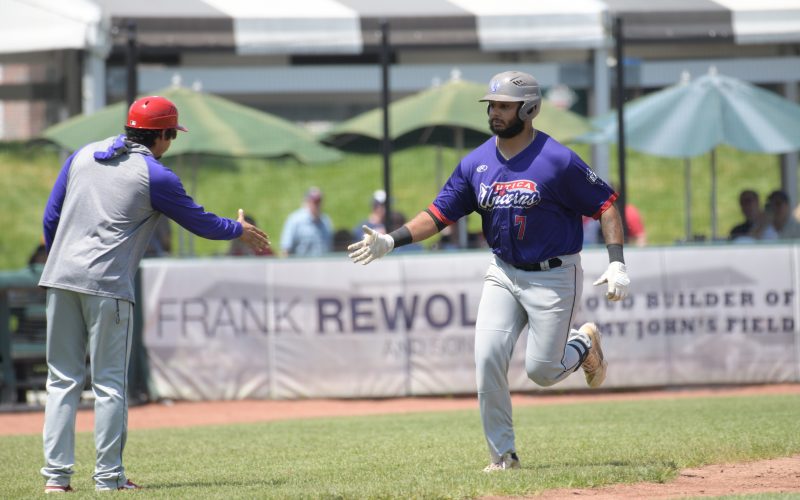 UTICA, Mich. – The Unicorns (3-0) hit five home runs in Sunday afternoon’s game against the Mammoths (2-2) leading them to a 13-5 victory. Ari Sechopoulos hit two home runs, ending the day 3-for-5 with four RBIs.

Drue Galassi, Leandy Castro and Erick Ramirez also hit a home run for the Unicorns. Ramirez’s home run came in the seventh inning. His first home run of the season was a grand slam. Utica finished the game with team totals of 13 runs, 13 hits and 13 RBIs.

For the Mammoths, Greg Vaughn Jr. went 2-for-2 with one RBI and two walks. Dakota McFadden also joined in on the home run party.

The USPBL ends Memorial Day Weekend with a matchup between the Hoppers and the Beavers on Monday. The first 500 fans through the gate will get a free Memorial Day hat courtesy of Chief Financial Credit Union. All active and retired military can get a free ticket to the game by calling the box office.