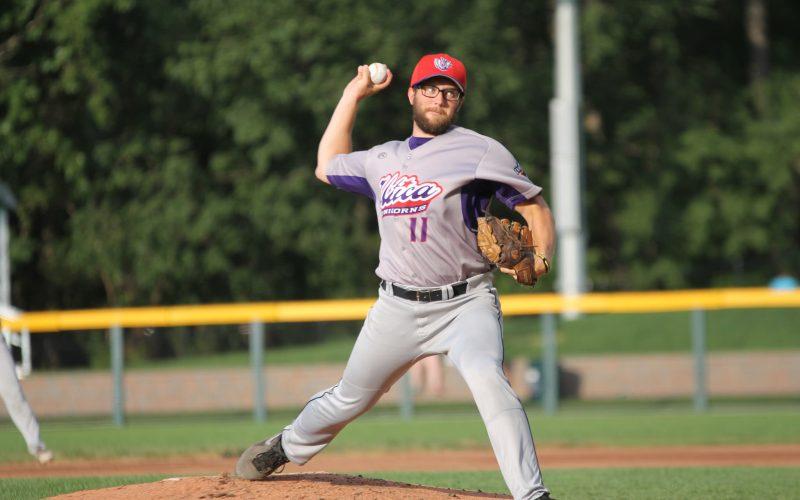 Utica — In a close game between the Utica Unicorns and the Westside Woolly Mammoths, the Unicorns came out on top with a 5-4 victory.

“As a pitcher, getting two runs in the first inning from your team is always a good feeling and it’s always good to get runs from your guys,” Dobnak said.

The Unicorns got off to a quick 2-0 lead on a two-RBI single by Mike Rampone.

In the top of the fourth inning, Taylor Grzelakowski hit a solo home run to increase the Unicorns lead to 3-0. Grzelakowski leads the league with eight homers.

The Unicorns went up 5-0 on a two-RBI single by Connor Reynolds in the top of the sixth.

The Mammoths came back with four runs in the eighth. Kent Blackstone drew a bases-loaded walk, Alex Abbott hit a two-RBI double and Ethan Wiskur hit an RBI groundout. However, the rally would fall just short and a scoreless ninth inning from Sean Gustin secured the victory for the Unicorns.