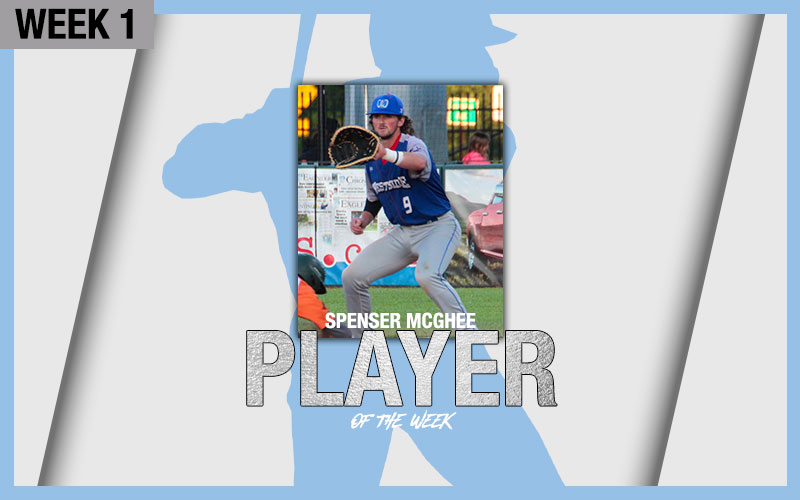 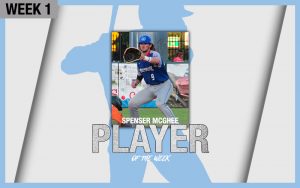 McGhee led the USPBL with an .875 slugging percentage and 4-for-8 during Opening Weekend. He is tied for first with four hits and one home run.