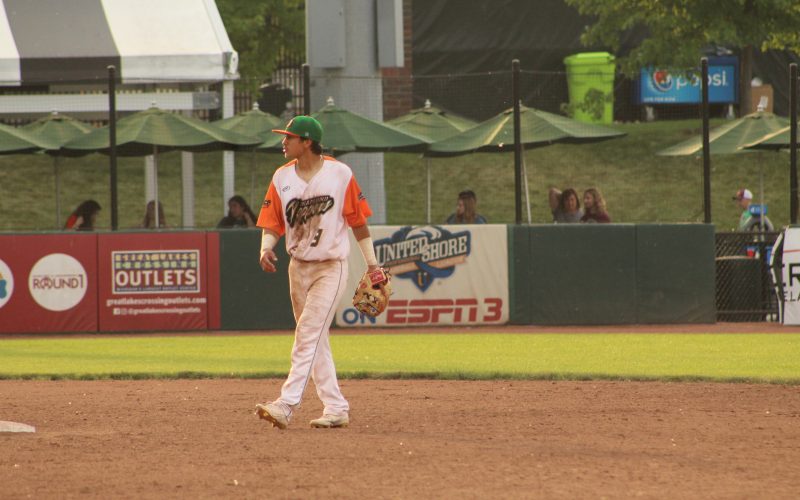 UTICA, Mich. –  The Eastside Diamond Hoppers beat the Birmingham Bloomfield Beavers in the second game of tonight’s doubleheader. Both teams now have a 2-5 record.

Hoppers shortstop Juan Lopez-Rios was the hero of tonight’s game, knocking in the winning run in the bottom of the 7th inning. Lopez-Rios joined Gunner Rainey as the players with a 1 in their RBI column today for the Hoppers. Rainey put them on the board by reaching on an error in the fifth.

Hoppers starter Andrew Verbrugge had a stellar outing, pitching 4.0 innings with only one earned run. Coming in in the fifth, Hayden Pearce got his first win in his USPBL debut, with five strikeouts and no earned runs.

Shortstop Keshawn Lynch gave the Beavers their lone run in the top of the fourth on a bases loaded walk.