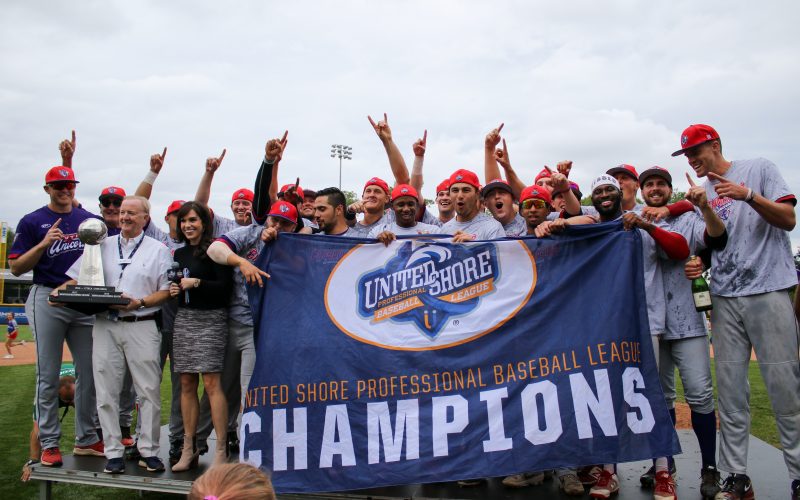 UTICA, Mich. – It was a magical season for the Utica Unicorns, capped off by rallying from four runs down late to defeat the Westside Woolly Mammoths, 6-5, in the United Shore Professional Baseball League Championship Game on Sunday in front of the largest crowd in USPBL history, 4,926. The Unicorns’ Jimmy Latona was named Most Valuable Player after driving in two runs, going 1-for-3. 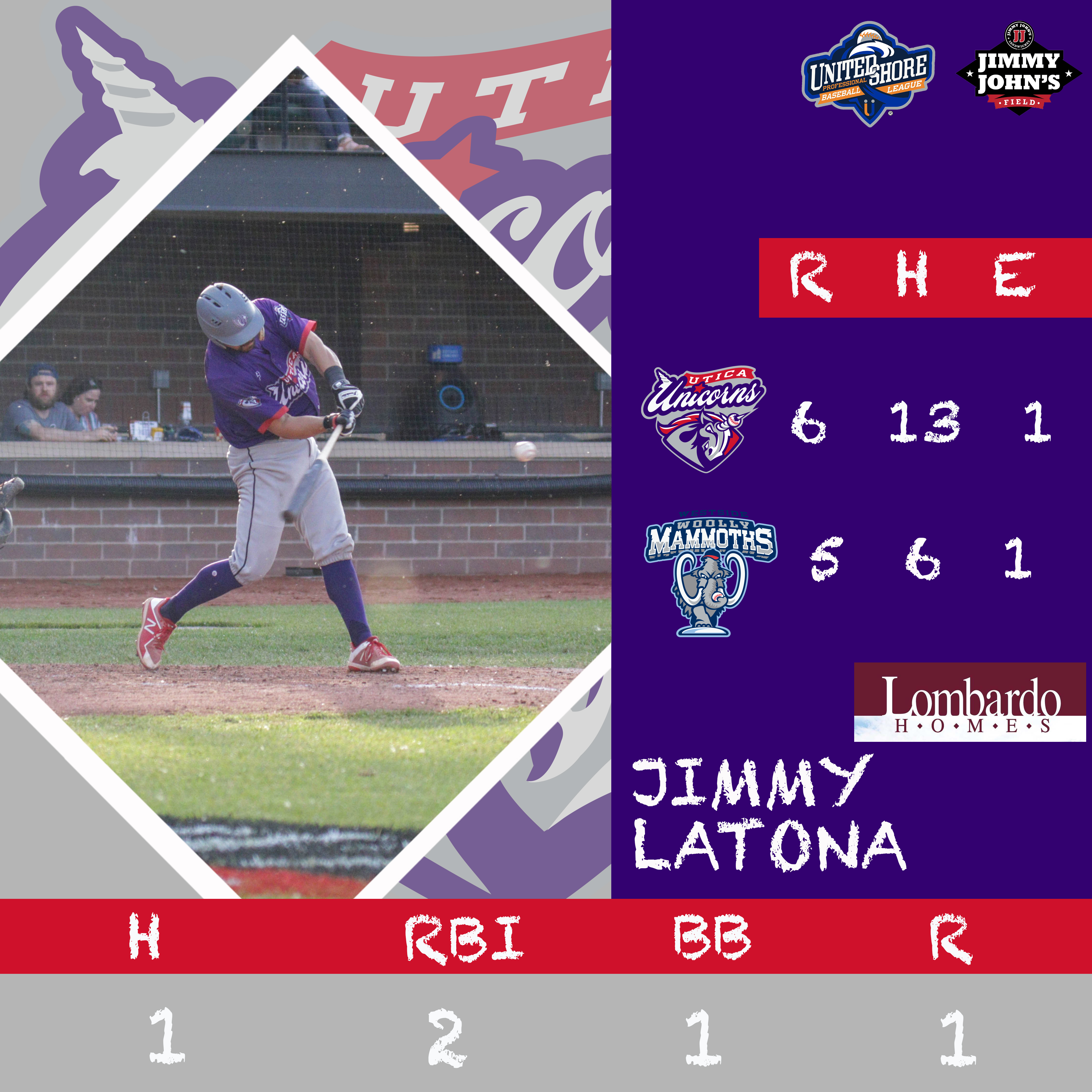 On his birthday, Malik Blaise finished 3-for-4 with one run scored. Dan Elliott and Kyle Bonicki each went 2-for-4 for the Unicorns.

Leading the Woolly Mammoths were Sonny Cortez and Dan Williams. Each drove in two runs and Cortez smacked a home run in the first inning.


It was a historic season for the USPBL, with a record 62 sell outs, 259,000 fans and a single-game attendance record on Championship Sunday. Nine players were signed by Major League Baseball organizations and former Unicorns’ pitcher Randy Dobnak became the first-ever major leaguer, pitching nine scoreless innings so far in the MLB and earning a save for the Minnesota Twins.