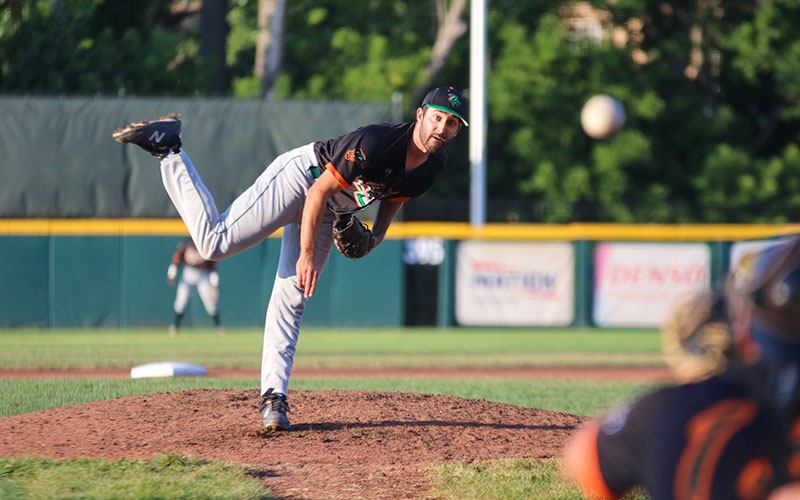 UTICA, Mich. –  Kevin Whatley went 2-for-3 and drove in the game-winning run, while right-handed pitcher Noah Gotsis struck out eight over 6.0 innings to lead the Eastside Diamond Hoppers past the Utica Unicorns, 2-1, on Wednesday night at Jimmy John’s Field.

Joey Beals earned the save for the Diamond Hoppers. Thomas LaCongo drove in the other run for the Hoppers. 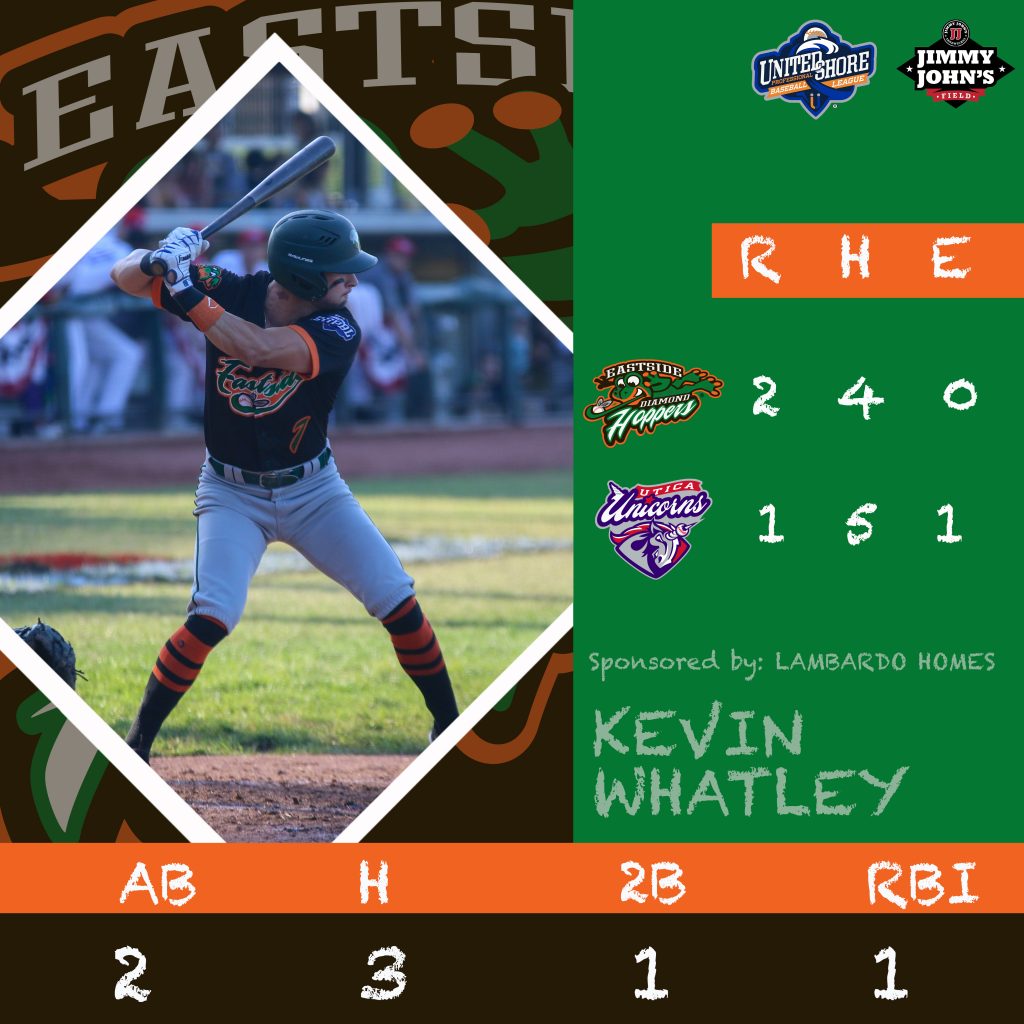 Donald Goodson tossed four scoreless innings and only allowed two runs on three hits. Goodson recorded the fastest pitch of the game at 94 miles per hour.

Eric Jones led the Unicorns with a 2-for-4 performance, scoring the single run of the game.

The Utica Unicorns will take on the Westside Woolly Mammoths on Thursday at 7:05 p.m. Gates open at 6 p.m. for Comic Con Night and Thirsty Thursday, presented by Dave & Buster’s.