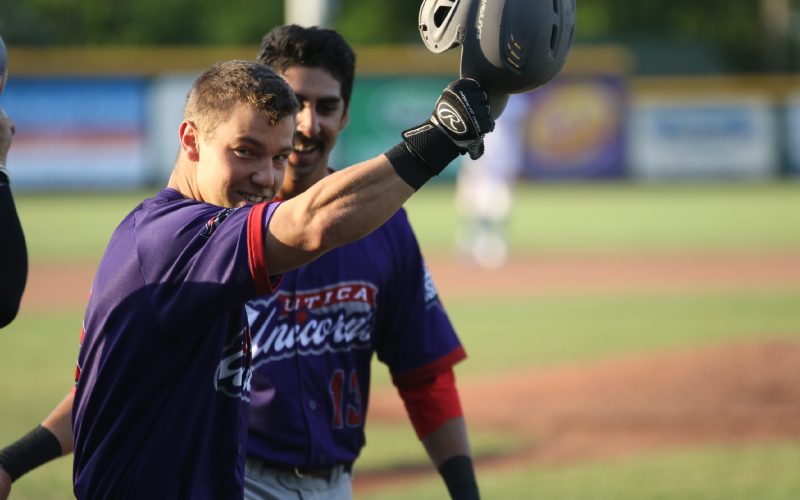 UTICA, Mich. – Carter Grote led the offensive charge going 3-for-4, with a three-run home run and Christ Conley went 2-for-3 with two doubles in his United Shore Professional Baseball League debut to lead the Utica Unicorns (7-9) to a 8-5 victory over the Westside Woolly Mammoths (7-6) on Friday night at Jimmy John’s Field.

Drew Kitson and Jake Barbee each drove in two runs to lead the Mammoths at the plate.

The Unicorns scored eight runs, on 12 hits and committed one error, while the Mammoths scored five runs, four runs and had one error. 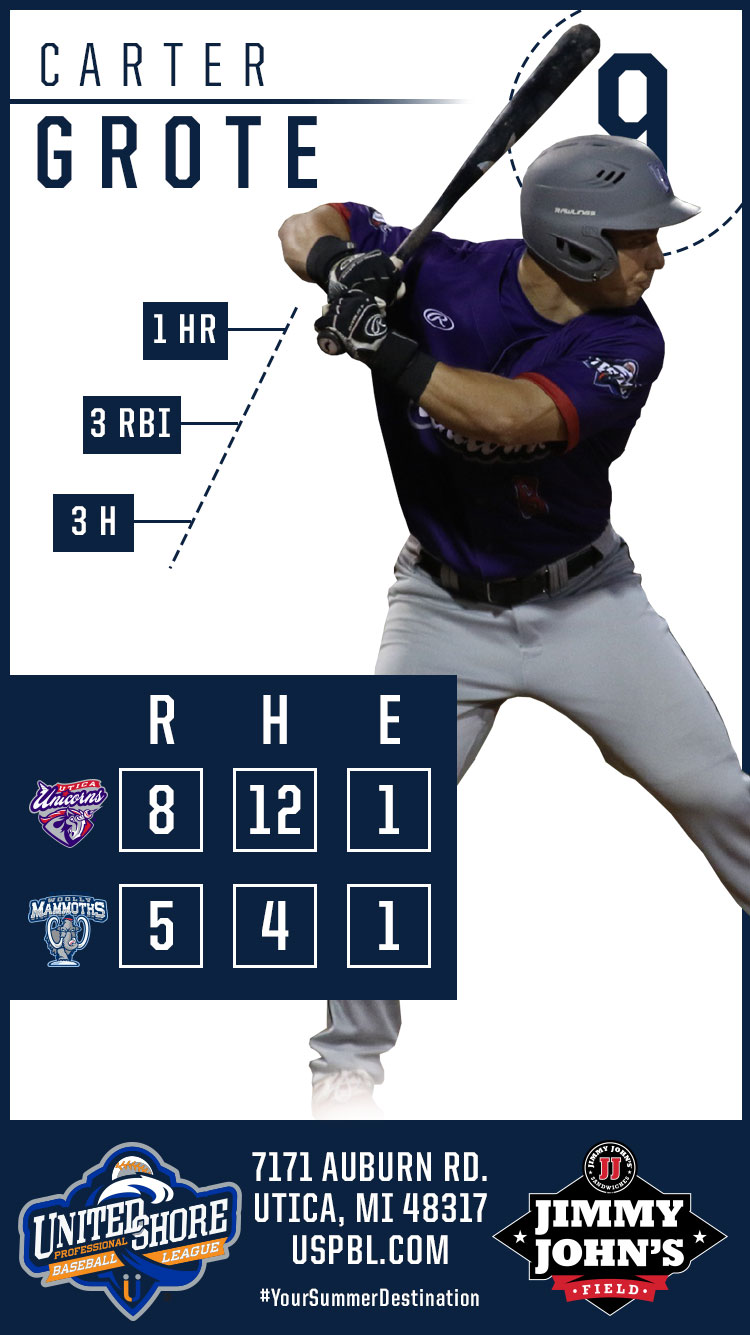 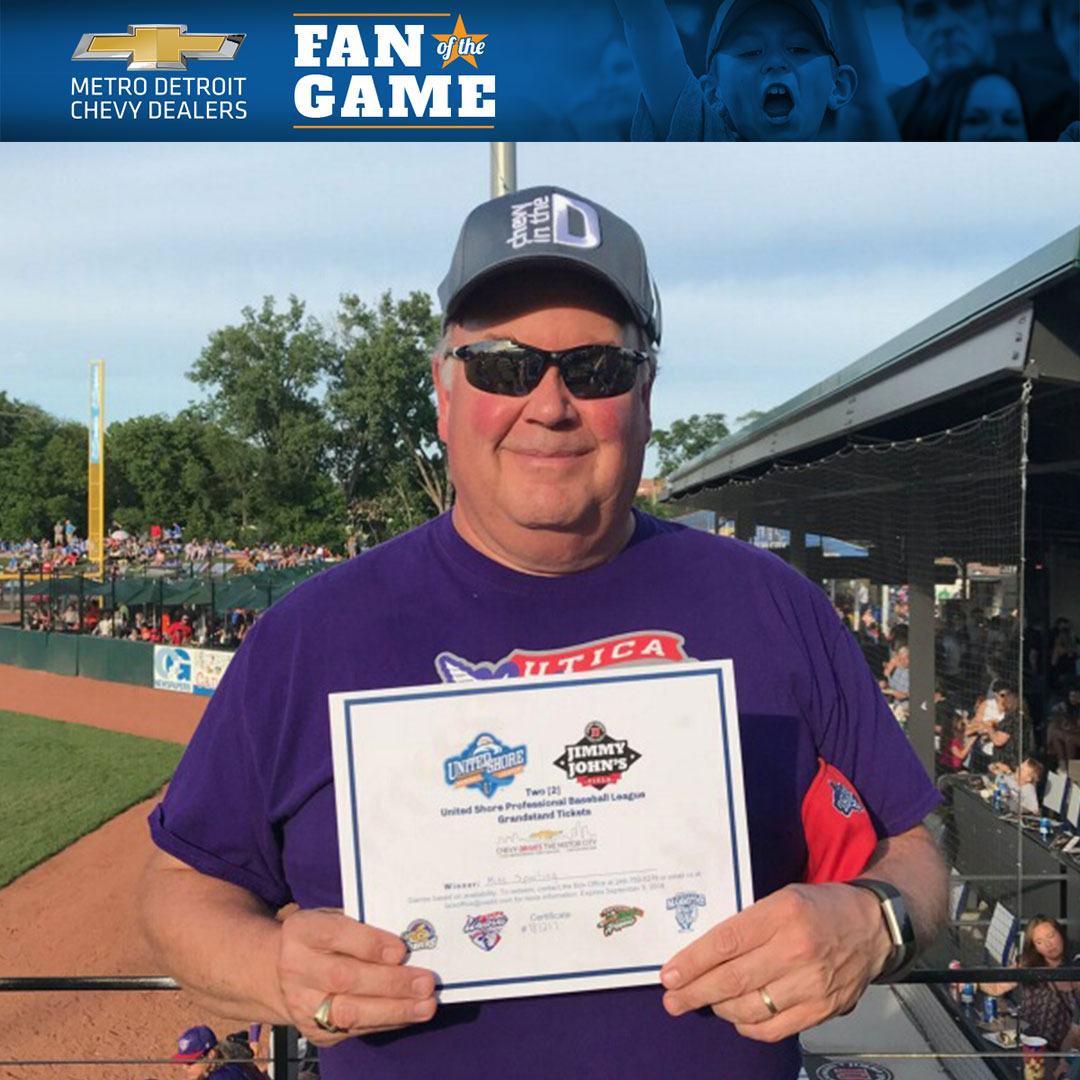